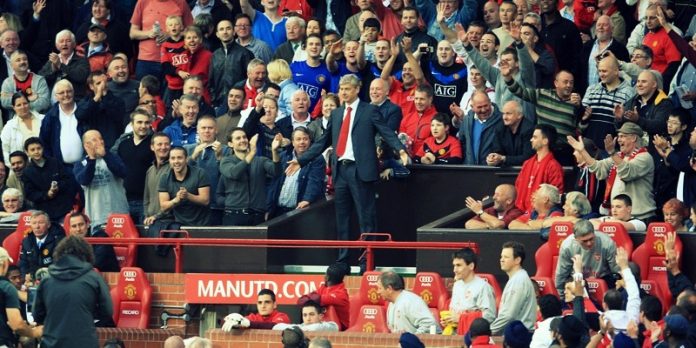 Arsenal are currently smack-bang in the middle of a civil war. In one corner is Stan Kroenke, the Gunners’ majority shareholder and the subject of much fan criticism for his passive ownership of the club. In the other is Alisher Usmanov, Britain and Russia’s wealthiest man. Could the Russian’s financial muscle prove the difference in this battle of wills?

Since the infamous Robin van Persie transfer saga, Alisher Usmanov – chairman of Red and White Holdings, which owns 30% of Arsenal – has been increasingly vocal in his criticism of the club. 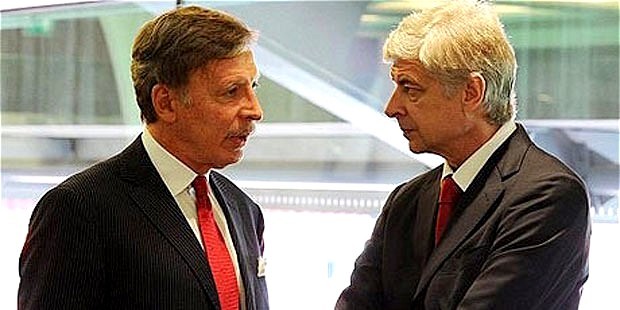 The board, the financial model, and the club’s inability to keep their best players have all come under scrutiny from Usmanov, who penned a letter after van Persie’s statement highlighting his concerns.

Those concerns, naturally, mirror those of a section of Gunners fans who see current majority holder Stan Kroenke as a passive, unconcerned enemy of the club, and Usmanov as Arsenal’s potential messiah.

This week Usmanov capitalized on a drop in Apple share prices, buying up £100 million worth of stock. The 39th richest man in the world has money to burn, so let’s indulge fantasy for just a moment.

Say Usmanov, rather than purchasing £100m of Apple shares, had pumped that money into the Arsenal transfer coffers. Say the Gunners, overnight, went from a club living sensibly within their means to a club capable of affording anybody in world football, a la Chelsea in 2003, Manchester City in 2008, or PSG in 2012. What affect would this have on Arsenal?

In two words, it would be utterly disastrous. And here’s why.

Arsene Wenger’s style has never been that of the big spender. The Frenchman’s reputation for signing young, promising players has long borne the brunt of criticism but his policy exists for a reason. Wenger has a philosophy on how football should be played. And that philosophy emphasizes, above all else, the team.

No player is bigger than the team. No player is more important than the team. Team chemistry, tactical knowledge and awareness of team-mates are paramount to Arsenal’s style. This is the reason that Wenger did not immediately dismantle the aging Arsenal defense when he arrived at the club in 1996.

This is why his recent teams have been so mercurial – capable of sublime football one week and impotent losses to League One opposition the next. Because above all, great teams and legacies are developed through stability, and stability is one thing that has been sorely lacking at Arsenal in recent years.

Publicly depositing £100 million into the Arsenal transfer coffers is the fantasy of many Arsenal fans. That kind of money could buy almost anyone on the planet. Suddenly the prudence with which Wenger probes the transfer market would surely be cast aside and big names – think Edinson Cavani, Radamel Falcao, Neymar, Mario Goetze – would arrive.

Records would tumble, the mighty would fall, and long-suffering Arsenal fans would finally be vindicated. If you can’t beat ’em, join ’em, right? 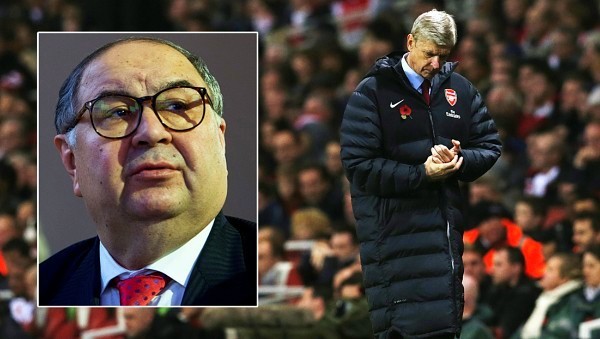 Wrong. This is not how these things work.

Problems arise when such sums of money are involved. Expectations are raised to levels which cannot possibly be met. Anything less than a Double is considered a failure, and if you think this is an exaggeration, take a look at the respective feats of the Chelsea managers in recent past.

This is because each manager who takes charge of a financially doped club immediately has huge pressure on him to spend money. Mark Hughes, Manchester City’s manager when the club first rode the wave of Sugar-Daddyhood, spent over £150 million on players in the immediate aftermath of the club’s takeover.

His purchases including Craig Bellamy for £14 million, Wayne Bridge for £12 million, the Brazilian striker Jo for £18 million, and his countryman Robinho for £32.5 million, but of the 20 players Hughes brought in, only Vincent Kompany and Pablo Zabaleta remain on the books at City.

This being said, Arsene Wenger is an infinitely more talented manager than Mark Hughes, and given a kitty of £100 million he would surely spend it in a much more sensible fashion. But another problem arises: motivation.

The jury is still out on the effectiveness of financial doping. Manchester City’s victory in last year’s Premier League was a triumph for the Citizens, but given the tremendous cost at which it came the margin of victory was surprisingly slim, and this year the team has imploded.

Likewise, Real Madrid’s La Liga victory in 2011-12 came in comprehensive style, but the team has seemed strangely disinterested this year.

Manchester United and Barcelona are not inconsistent. Year in, year out, they challenge and scrap and win, or come very close. This is because those clubs have a culture. Their players want to win – for themselves, for each other, and for the club. 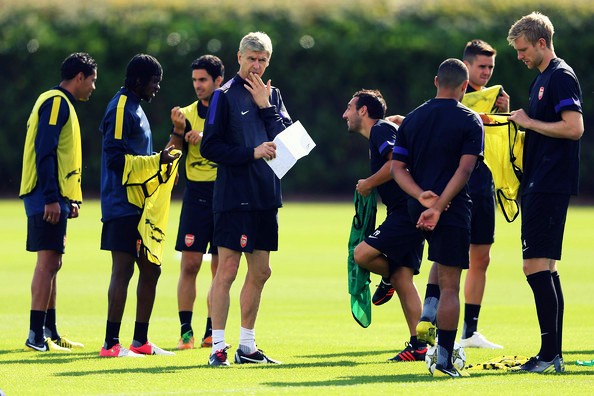 Arsenal has a culture. Wenger’s culture. His way is liberal, to allow the players to think and interact and play as they like. He studies his players. He nurtures their talents. He maximizes their potential and he forms resolute bonds with them; he makes his players care about him.

These bonds develop over time. They cannot be bought. Falcao will not have the kind of passion or desire to succeed at the Emirates that Aaron Ramsey has simply because Arsene Wenger shelled out £60 million for him, and it makes a huge difference having players who care.

Look at QPR: man-for-man, Rangers are certainly not relegation material, not even close. But the result of their pre- and mid-season spending sprees is that they bought players for vast sums of money who enjoyed a good reputation, but who didn’t care about the club.

Jose Bosingwa was infamously caught laughing seconds after the final whistle that condemned QPR to at least one season in the English Championship. If I were a Rangers fan, I would be sickened.

Now, this article is not suggesting Arsenal could not benefit from the addition of one or two quality players. But the last thing the Gunners need is to join Chelsea in selling themselves to a wealthy oligarch. And the most resonating argument against this is that now, such an action is utterly unnecessary.

Arsenal whoring themselves at this point in their history would undo all of the hard, disciplined work Wenger and the board have done to pull Arsenal through one of their most testing periods in recent history.

For more than six years the Gunners’ stadium debt and unrewarding-but-necessary sponsorship deals have meant that they simply have not been able to compete with the likes of Chelsea and City in the transfer market.

They have had to rely on Wenger’s eye for talent and quality to guide them through; and the Frenchman has delivered, even if there is dissatisfaction among some fans.

Aaron Ramsey, Theo Walcott, Wojciech Szczesny, Kieran Gibbs, Alex Oxlade-Chamberlain and Jack Wilshere form a young, vibrant base – a springboard from which the Gunners, finally relieved of the worst of their financial inhibitions, can launch.

There is money available for transfers. It might not be £100 million, but it doesn’t need to be. Such a vast sum could secure five or six big-name players, and while that may seem fantastic on the surface it would necessitate yet another rebuilding, another phase of acclimatising the players to one another.

Arsenal doesn’t need that. They have a base, and it has been founded upon principle.

There is nothing to be gained from running the race, climbing the wall, and then stopping to take a taxi with the finishing line in sight. It would be forsaking the Arsenal way, and it would be disrespectful to Arsene Wenger’s achievements.

£100 million could benefit Arsenal. But not if it was only to be spent on transfers.

Writing off stadium debt, improving youth facilities, expanding their worldwide market, or (gasp!) even subsidizing ticket prices would all be far more productive ways Arsenal could, and likely would, use that money. Because Arsenal Football Club is not about the Easy Way.

It’s not about cheating the system. It’s not about buying the title. It’s about honour and class and stability. Arsenal is a legacy, and Arsenal selling their soul for a 30-goal striker with Daddy Sugar cheering in the corner would only tarnish that legacy.