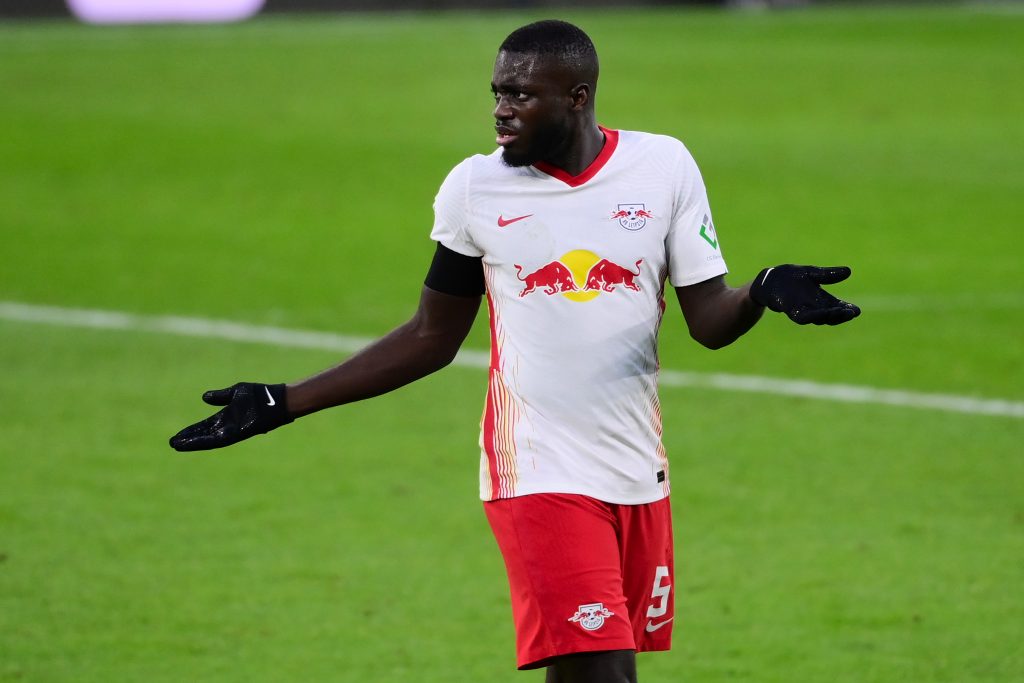 According to Fabrizio Romano, the 22-year-old will complete a move to the reigning Bundesliga champions this summer.

Salihamidzic just confirmed to Bild that Dayot Upamecano has reached an agreement with Bayern Münich on personal terms: “I can confirm, we’re very happy!” 🔴

The deal will be signed and completed in the coming months, when the release clause [€42.5m] will be paid to RB Leipzig.

Upamecano has been one of the most sought-after defenders in Europe following his impressive performances for Leipzig over the past couple of years.

The 22-year-old has been heavily linked with the likes of Liverpool and Chelsea, while Manchester United and Real Madrid have also been credited with an interest.

However, once Bayern threw their hat into the ring it was fairly obvious where the French centre-back would end up.

With David Alaba and Jerome Boateng set to leave the German giants this summer, it was clear that they would secure the services of at least one top-class centre-back.

Upamecano is familiar with the Bundesliga and will view a move to Bayern as the next natural step in his career.

While Upamecano’s suitors may be disappointed to miss out on beating Bayern to his signature, there are reasons to believe that this isn’t a major catastrophe.

Upamecano’s teammate Ibrahima Konate is arguably a better long-term prospect and may well be of interest to Europe’s big clubs this summer.