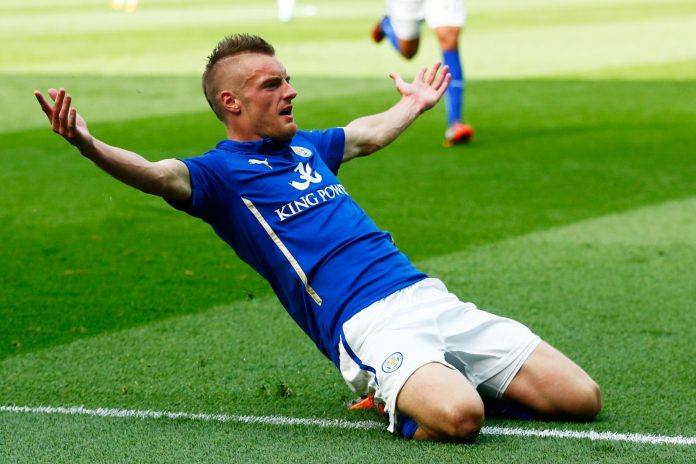 We bring you a roundup of all the latest transfer stories including Liverpool and Tottenham’s interest in the current leading Premier League top scorer. Arsenal meanwhile are scouting one of the hottest young prospects acroos Europe.

According to ESPN, Liverpool are keeping a close eye on free scoring Leicester City striker Jamie Vardy. The 28 year old has been in stunning form this season and is currently the top scorer in the Premier League with 10 goals to his credit.

Vardy has now scored in 7 consecutive games including the winner for his side against Crystal Palace on Saturday. His incredible pace has become a nightmare for the opposition defense and the way he has transformed himself from a winger to a striker is nothing short of impressive.

Liverpool could well make a move for the player in the near future given they have goalscoring problems of their won. Vardy’s skill and work rate would certainly impress manager Jurgen Klopp who favours a high intensity game. The Reds are currently findings goals hard to come by; Danny Ings ruled out with a long term injury and Daniel Sturridge also struggling with match fitness.

The report states that Tottenham too are interested in the player’s services who still has three years to run on his current deal after signing a new deal with Leicester last summer.

According to reports from Daily Mirror, Arsenal had sent scouts to watch Schalke youngster Leroy Sane earlier this week. The 19-year-old is considered as one of the hottest young prospects across Europe and has already attracted interest from a host of European clubs.

We had reported earlier that Liverpool were also interested in Sane in the summer but Schalke had no intentions to sell their prized asset.

With pace to burn and trickery to bamboozle opposition defenders, Sane is a menace on the wing who will only get better with age. The teenager also signed a new two-year contract extension until 2019 in July which might rule out any possible transfer in the near future.