Tottenham? Arsenal? Manchester United? Just where will Joe Cole be playing his club football next season?

In a story that has taken more twists and turns than a barrel full of Carles Puyol‘s off-cuts, it would now seem that Spurs are back in the race to sign the former Chelsea man – just days after manager Harry Redknapp admitted defeat.

Here’s the juiciest transfer rumours doing the rounds this morning…

Tottenham manager Harry Redknapp has revealed that he is interested in signing Joe Cole, but will have to wait until the England winger returns from South Africa before opening talks over a move to White Hart Lane.

“We’ve declared our interest in Joe to his agent but that is as far as it has gone. We are told Joe doesn’t want to talk to anyone about any move until after the World Cup is over.”

The 28-year-old midfielder is available on a free transfer after failing to agree a contract extension at Chelsea, and a host of Premier League sides have been chasing Cole since he was allowed to walk out of Stamford Bridge – with both Arsenal and Manchester United, as well as Spurs, reported to be interested in snapping up the bargain ‘Bosman’ .

Only two days ago, Redknapp suggested that Cole may have already signed a deal with Manchester United – a claim that the club was quick to refute. (Mail)

Another of the high-profile stars released by Chelsea this summer, Michael Ballack, is on the verge of re-joining Bundesliga club Bayer Leverkusen according to German sports agency Sport Informations Dienst.

Arsenal captain ‘Cesc Fabregas has once again reiterated his desire to join Barcelona this summer, after confirming his intentions during a ‘heart-to-heart’ talk with manager Arsene Wenger. (Mail)

Valencia have asked Manchester City to include striker Roque Santa Cruz in the deal that would see Spanish winger David Silva moving to Eastlands.(Mail)

Manchester City have told Brazilian forward Robinho that he will not be welcomed back to the club, after spending the second-half of last season on loan at Santos. (Mirror)

Arsenal new-boy Marouane Chamakh has urged his new employers to sign French midfielder Yoann Gourcuff, with whom the Moroccan striker played alongside at Bordeaux. (Sun)

Liverpool have had a £2 million bid for Wolves ‘keeper Wayne Hennessey rejected. (Sun)

Former Aston Villa left-back Wilfred Bouma is training with PSV, in the hope of proving his fitness to the club’s technical staff. (NUSport)

Hull City have offered Jimmy Bullard a £2 million golden handshake to leave the club – freeing the midfielder up to join either West Brom or Celtic. (Mail) 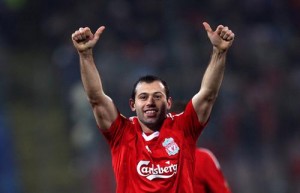 However, Moratti has also admitted that there is still a possibility of the Nerazzurri completing a deal for Juventus midfielder Felipe Melo during the coming weeks. (Rai)

Arsenal defender William Gallas has rejected Juventus’ €2-million-a-year contract offer, as the Frenchman is holding out for double that amount. (L’Equipe)

AS Roma’s Brazilian wing-back Cicinho is close to joining Santos in a €2 million deal. (La Redazione) 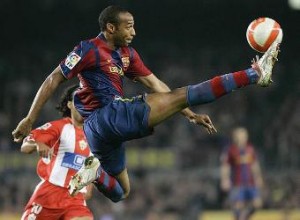 Barcelona’s French forward Thierry Henry has agreed to join MLS side New York Red Bulls on a two-year deal, and will move to the States after the World Cup. (Mirror)

Getafe hope to take Barcelona starlet Bojan Krkic on a season-long loan next term. (AS)