Tuesday’s newspapers have their fair share of transfer rumblings included, with Manchester United, Liverpool, Chelsea and Tottenham all named as teams eager to start wheeling and dealing in January.

The Red Devils are believed to have identified a veteran striker to bolster their attacking ranks in January, while Jose Mourinho is ready to sell a player that was signed last summer but has not yet played for the Blues in the Premier League.

Meanwhile, Tottenham have emerged as new favourites to sign a respected centre forward that has been consistently linked to Liverpool.

Manchester United are ready to make a January move for experienced German striker Mario Gomez according to Turkish newspaper Fanatik, as Louis van Gaal looks to beef up his attacking options. 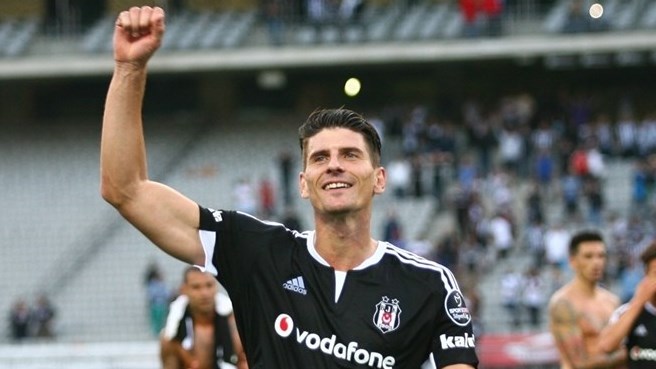 The 30-year-old is currently on loan from Fiorentina to Besiktas and has been lighting up the Super Lig with a ruthless streak in front of goal.

Van Gaal coached Gomez for two years during their mutual time at Bayern Munich, with a reunion at Old Trafford potentially on the cards.

The veteran is a three-time Bundesliga winner and was recently recalled into the German national set-up.

One man that could well be moving to Besiktas is Chelsea misfit Papy Djilobodji, according to Turkish outlet Kral Spor.

The Senegalese centre-half joined the Premier League champions from Nantes in the summer, but was viewed as an back-up option after the Blues missed out on John Stones and a number of other targets.

Djilobodji’s only involvement for Chelsea since signing was coming on as an injury-time substitute in a 4-1 win over Walsall in the Capital One Cup.

Rumblings that Liverpool could well be set to sign Alexandre Pato in the new year have cooled down over the last week, with Italian media source Calcio News 24 claiming that Tottenham are now leading the race to sign the Brazilian.

The former AC Milan forward has been in sublime form for Corinthians in his homeland, with a move back to Europe in the near future touted.

The latest report suggests that Spurs have lodged a €12 million bid for the attacker as Mauricio Pochettino looks to provide support for Harry Kane.