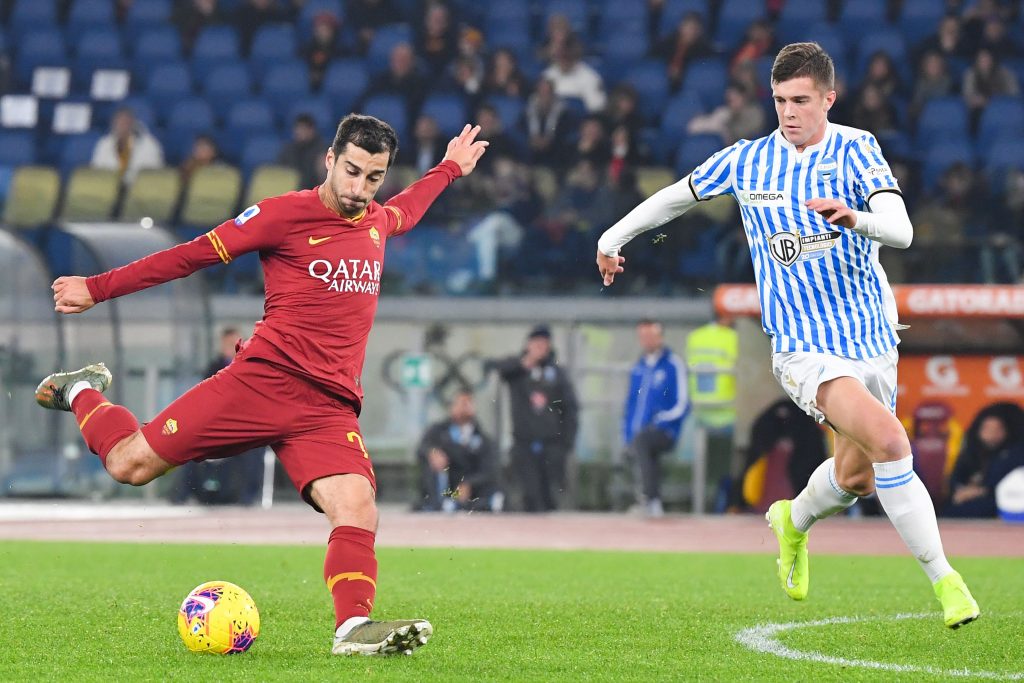 The Arsenal midfielder has struggled with injuries this term, but has impressed on the occasions he has played for the Serie A club.

The 31-year-old has scored six goals in 13 league appearances for Roma and Di Marzio has claimed they will do ‘what they can’ to buy him.

“Roma would like to buy Mkhitaryan and to have him in the future,” he told Sky Sports.

“At the moment, they haven’t approached Arsenal to ask the price, but Fonseca and the sporting director do want him.

“I think in the next days they will talk to (Mino) Raiola and the player. Roma will do what they can to get Mkhitaryan.”

Roma paid an initial loan fee for Mkhitaryan and have been quoted around £22 million to secure a permanent transfer.

However, with the Italian club valuing him at closer to £15m it may be difficult for them to convince Arsenal to agree to the move.