Tottenham Hotspur are reportedly closing in on a deal for one of Belgium’s brightest young prospects, Nacer Chadli from FC Twente, reports the Daily Mail.

Spurs are ready to dish out £6 million for the exciting winger, who is equally adept on both flanks. However, the Dutch outfit are adamant that interested parties must meet their £7.75 million valuation of the Belgian. But, it is understood that both the clubs are willing to reach a zone of compromise shortly.

Chadli is seen as a long-term prospect for the club, rather than a replacement for the mercurial Gareth Bale, and will be given a five-year-long contract at the White Hart Lane.

The 23-year-old has been at the Eredivisie club since 2010 and scored 21 league goals in 80 appearances so far. His brilliant performances did not go unnoticed as he got a call-up in the star-studded Belgium national team in 2011 and has already racked up14 caps under his belt so far.

The White Hart Lane faithful will remember all about him, when in the chilly winter of December, he scored a stunning free-kick against them in the group stage matches.

Meanwhile, the race for another Belgian in the Premier League is also heating up, as Chelsea, Liverpool, Arsenal have joined Spurs to get the signature of Christian Benteke over the dotted lines. 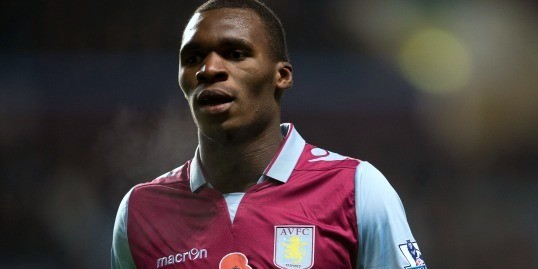 Aston Villa are in no hurry to raise the cash and are determined to keep hold of him, but the Villans are left in a bit uncomfortable position with a transfer request handed by the 22-year-old couple of days back.

Villa have slapped a £25 million price-tag for the player, who scored 19 goals in the league last season for the Claret & Blues and are certainly not interested in any part-exchange deals.

It is understood that Randy Lerner, Villa’s American billionaire owner, has instructed chief executive Paul Faulkner not to bulge from the asking price and that a business will only be done if the valuation is met.

Spurs have a slight upper-hand in this race, as the player is thought to prefer a move to the North London club in order to get regular game-time, which might earn him a place in the 2014 World Cup finals.

Benteke and Chadli will join fellow compatriots Jan Vertonghen and Mousa Dembele at Spurs, should they manage to complete the move this summer.