Despite domestic league and European actions taking shape in full flow, transfer rumours in most of the prominent media outlets haven’t stopped entirely.

Under performing players, players who are not getting sufficient game time, and injuries or suspensions all concocting into juicy transfer rumours with big clubs being linked with the January move for such players.

While, it has become difficult to focus on each and every transfer rumours on a daily basis, especially most of the attentions are devoted to matters on-pitch, we decided to collate here top 10 transfer rumours of the past week from across Europe.

Luke Shaw suffered a shock leg injury against PSV during United’s Champions League tie on Tuesday. The young England international is expected to be out for the year, and he might miss out the entire season as well. 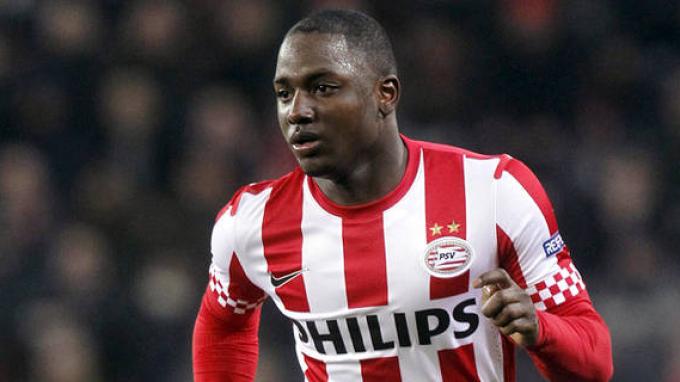 Jetro Willems has emerged as a potential left-back target for Manchester United, with fellow rivals Liverpool are thought to be interested too.

According to the British media, who cite Dutch media outlet Eindhoven Dabbled, the 21-year-old has stalled on singing a new contract at PSV.

According to Sky Sports, Austin is a reported target of Newcastle United. The 26-year-old was heavily linked with a move to several Premier League clubs this summer after QPR suffered relegation last season, although there hasn’t been any concrete move for him so far.

Steve McClaren has admitted that Austin remains a target for the Magpies, but whether he will make a move for him in January remains to be seen.

Barcelona’s lack of squad depth has been well documented in the media. The squad has been to left to bare bones, with the club failing to bring in new players, due to the transfer embargo imposed on them, while sold few individuals without signing proper replacements.

Rafinha’s injury could see him missing out actions for the rest of the season, and Luis Enrique could be in deep trouble if either of Messi, Suarez and Neymar gets injured now.

According to reports from Sport, Barcelona are targeting Dortmund’s Gundogan to add quality in the side and fill the central midfield void left by Xavi.

Chelsea tried to sign Juventus midfielder Paul Pogba in the summer, but the Frenchman had rejected the chances of moving to the Premier League. Possibly understanding that Pogba prefers a move to Barcelona, Chelsea have shifted their attention elsewhere.

According to reports, via Sportwitness, Neves, who would cost around €40m (his release clause), is a reported January target for Chelsea. Jose Mourinho has a good relationship with his former club and therefore, the chances of the deal going through is high.

Ozil is a key player and the heart beat of this Arsenal side. The German superstar is never shy of expressing his love for the club and Arsene Wenger, but that doesn’t mean he cannot move elsewhere beyond the summer.

According to Evening Standard, Ozil’s agent believes the 26-year-old has a chance to join Turkish club Fenerbahce next summer.

This summer transfer window, Chelsea tried, and tried, and tried to sign Stones, but Everton were reluctant to sell him. The Toffees had shown the temerity to reject Chelsea’s record bid for a defender as they wanted Stones to grow at the club.

According to reports in Spain, La Liga giants Real Madrid are plotting a move to sign John Stones, should Rapahel Varane joins Manchester United next summer. Varane is the first choice centre back at the Bernabeu and chances are very less that Madrid would sell him.

Liverpool are once again being linked with a move for William Carvalho. The Portuguese midfielder is currently nursing an injury but he is a player Brendan Rodgers like and therefore the Reds could make a January bid for him.

None of Liverpool midfielders – Emre Can, Lucas Leiva or James Milner – have impressed so far, while Jordan Henderson’s injury didn’t help either. Carvalho was reportedly targeted by other Premier League clubs like Arsenal and Manchester United in the past.

The 20-year-old left-back is touted as a highly promising talent in Spain. Earlier this week, Chelsea were linked with a move for Gaya, but British press also speculate that Manchester United might be interested in him to replace the injured Luke Shaw.

The youngster is rated at over £30m by his club. He has signed a new deal, and unless anyone pay a high transfer fee, it is difficult to see Gaya moving to the Premier League so early in his career.

Arsenal have made a formal approach to the Spanish giants, and the Gunners are keen to sign the playmaker in the next transfer window.

The 23-year-old is a highly talented player and would bring lots of quality to the Arsenal side – the question is how many playmakers do Arsenal need?

With money coming in from TV deals and new Adidas sponsorship, Manchester United may have just about enough financial clout to lure Ronaldo back to Old Trafford.

Cristiano Ronaldo keeps dreaming of a return to #mufc, according to Guillem Balague. What do you make of that, United fans?

Pipe dream? May be. Can you really disagree that even the mere thought of it is too tantalising to reject it outright?