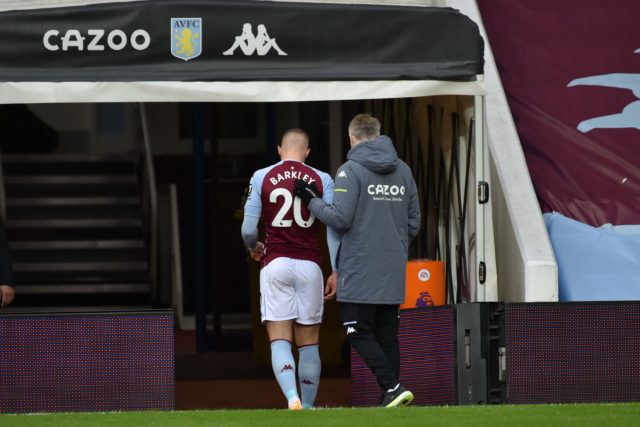 Popular football pundit Tim Sherwood has suggested that Ross Barkley might find it difficult to get into the starting line-up at Aston Villa at the moment.

Villa have been in excellent form this season, and have remained unbeaten in the entire month of December. Dean Smith’s side are playing with loads of confidence and they have moved up to fifth in the Premier League table, having played two games less.

Barkley, who joined Villa during the summer transfer window on loan, picked up a muscle injury in November, but the club has not felt his absence.

Villa give the impression of a happy unit this season, and they seem to be enjoying their game. It’s been a remarkable turnaround considering that they narrowly avoided relegation on the final day of last season.

The former Villa boss has been left impressed with the dramatic turnaround at Villa and feels that the summer signings have made a great impact.

Emiliano Martinez has been simply outstanding for Villa, while Matty Cash and Ollie Watkins have been very impressive as well. Sherwood feels that Barkley’s position in the starting line-up is not guaranteed as the rest of them has stepped up.

“If you go out of this side, you might not get back into it. Ross Barkley might find it difficult to get back in,” said Sherwood to Premier League productions.

“He has done brilliantly when he first come. Picked up an injury, he’s sitting on the sidelines for a while now, but when he’s fit, he’s not guaranteed to get back into this side because the rest of them have done so well.”

Sherwood is absolutely spot on here. Smith doesn’t need to make too many changes to the starting line-up despite the busy fixture list, and the 27-year-old ball-playing midfielder may find himself on the bench when he returns from injury.

It only goes to show how far Villa have progressed this season, and the impact the new signings have made in such a short time.