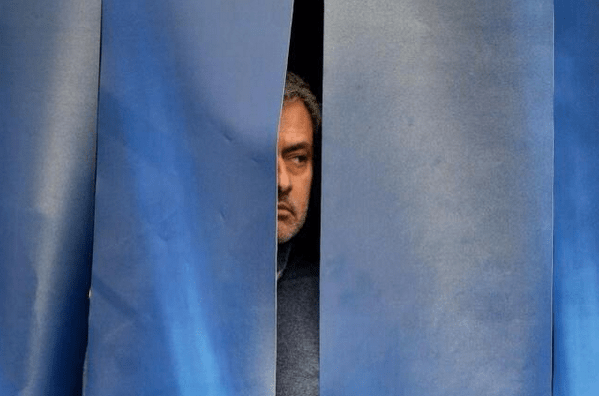 Brendan Rodgers became the second causality for not helping his side achieve the desired results. The Northern Irishman was sacked by Liverpool board on the day when Dick Advocaat resigned as Sunderland manager.

For the former Swansea boss, it wasn’t the results which were of particular relevance as Liverpool are only six points from the top spot. It was more so the uninspiring camp at the time of his sacking, and the lack of direction being shown by the gaffer. Fenway Sports Group proved to be ruthless and sacked the manager after a draw against Everton.

Soccerlens looks at three other Premier League managers who could soon be shown the exit door by their respective clubs.

Sherwood’s Aston Villa sit in the 18th place in the Premier League table with just one win and one draw from eight games. Safe to say, this wasn’t expected after Villa’s busy summer and Sherwood’s impressive showing at the club taking over after Paul Lambert was relieved from his duties last season.

It doesn’t get easy for the former Tottenham boss either with the next four Premier League games against Chelsea (A)– even though they’re struggling, could do considerable damage — Swansea (H), Tottenham (A) and Manchester City (H). In between, they face Southampton (A) in the League Cup. That is quite a tough run of fixtures for an under-pressure manager.

Sherwood is currently listed on oddschecker as the favourite to be the next manager to be sacked. Brendan Rodgers and David Moyes – still in charge of Real Sociedad – have been listed as favorites to take over.

Villa need an upsurge in form desperately and it would be an uphill task for them to get that in their upcoming fixtures. However, nothing can be predicted in sports and Sherwood might survive the fall if his players pick up their performances and the side picks up some points in the coming games.

After just managing to stay in the Premier League last season, Newcastle fans would have hoped the coming season did not bring them as much misery. That is seemingly not the case. The club has failed to win a single Premier League game and has also endured a shock League Cup exit at home, against Sheffield Wednesday. Pressure is mounting on their 54-year-old manager to deliver. Just three draws against Southampton, Manchester United and Chelsea means they sit in the last place in the table with two points.

It is telling that since Alan Pardew left the Magpies to become Crystal Palace’s manager, Newcastle have won just three out of 27 league games. In the process, they’ve collected 16 points out of 81 available (W3, D7).

The advantage for the club is the fact that they have potential winnable fixtures in a row. Their next four league games are against Norwich City (H), Sunderland (A), Stoke City (H) and Bournemouth (A). A couple of wins could do move them out of the relegation zone and ease the pressure on McClaren.

Who would have thought that the “Special One” would ever feature in the list of managers that could get a sack so early on in the season? Even though the massively successful Mourinho might get more time than the aforementioned managers, fact remains that he too is under immense pressure at the moment at the west London club.

Chelsea are currently in the midst of their worst start in 37 years and sit in the 16th place (yes, you read that right) with eight points from as many games.

Chelsea’s next games in the Premier League are against Aston Villa (H), West Ham (A), Stoke City (A) and Liverpool (H). In between, they face Dynamo Kyiv (A) in the Champions League. This is a tricky run of fixtures, but the Blues can pick up plenty of points from it.

There are already whispers that the Chelsea board is considering options if Mourinho was to be relieved of his duties. Atletico Madrid boss Diego Simeone has been suggested as an option. Former Chelsea boss Carlo Ancelotti who is enjoying a holiday from football right now recently expressed a desire to return to the Premier League and might be an option, especially considering how successful his first spell with the club was.

Mourinho has proved in his time as a manager, how talented and successful he is. He could of course be very successful in overturning this slump. And considering the success he has achieved with the club, he will have time till at least Christmas to make amends. But if Chelsea don’t find themselves in a decent position at the start of next year, Roman Abramovich could be expected to give the Portuguese tactician a boot.