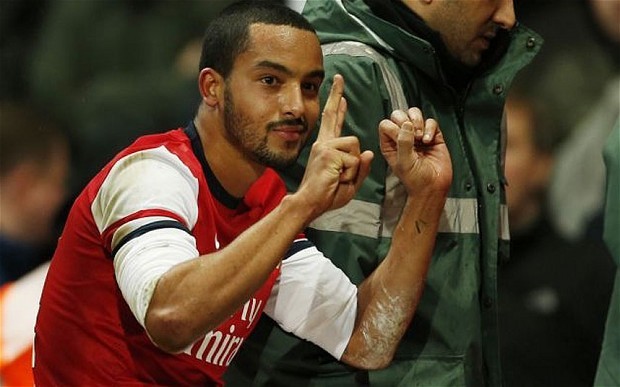 History repeats itself. It’s the only phrase that comes to my mind while writing this report on Theo Walcott. Deja Vu. After a fairly long protracted saga of contract unrest, Arsenal winger Theo Walcott has agreed to sign a new deal at the club, that will keep him at the Emirates till 2019. Remember what happened when he last signed his contract?

The England winger has agreed to sign a four year deal at the club, where he is likely to earn over £100k-per-week wages. This will automatically put the 26-year-old among the club’s highest earning players. The Gunners are expected to announce the agreement before the start of the Premier League.

His contract saga took a nasty turn early this year, when the winger took on Twitter to dispel what his manager Arsene Wenger had said about him on signing a new deal.

Walcott was linked with a move away from the Emirates this season, but it seems, all such dramas are now put to bed and that the deal will work out smoothly. With the deal being secured, Wenger will feel confident to splash money on the transfer market.