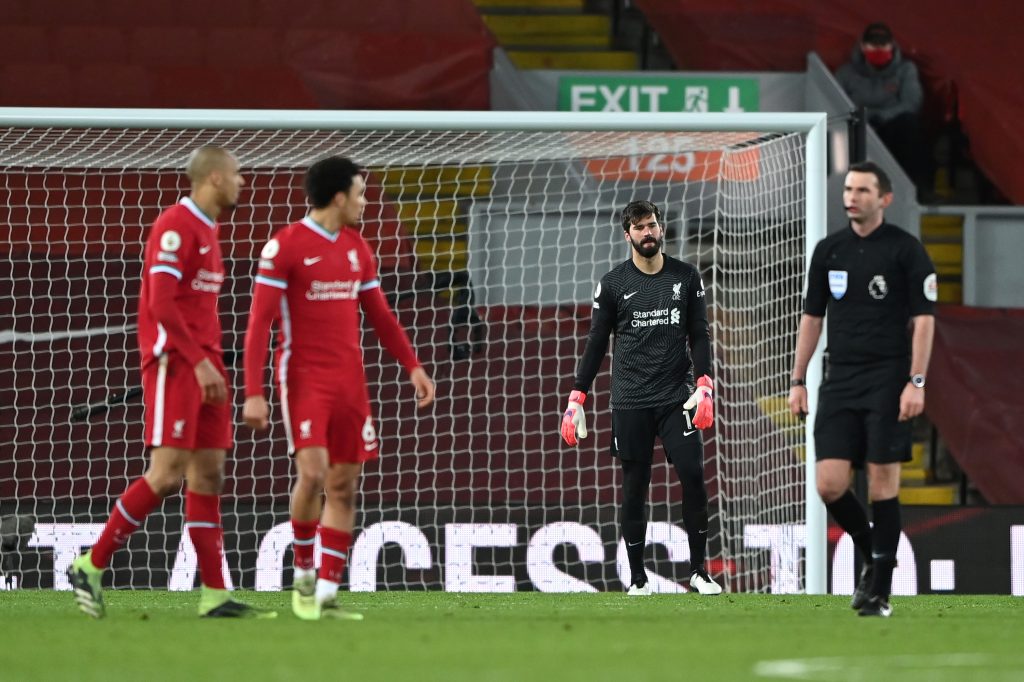 Sunday’s 4-1 home defeat to leaders Manchester City compounded their misery further, leaving them with 40 points – 27 fewer than they had at this stage last season. This is statistically the biggest drop off from a title winner in the history of the English top flight.

27 – After 23 games this season, Liverpool (40) now have 27 fewer points than they did at the same stage last season (67), the biggest drop by any reigning champion at this stage of a campaign in English top-flight history. Molehill. #LIVMCI pic.twitter.com/lrwiL8Ndko

However, maybe it’s a bit harsh to label this Liverpool side as the worst title defenders ever. After all, they broke records last season, which was always going to be difficult to replicate.

So…who are the worst title defenders ever? Let’s have a look.

Going back to the first ever season of the Premier League, we have Leeds United.

Off the back of their First Division triumph in 91/92, the Yorkshire side had a nightmare start, winning just two of their opening nine.

Things didn’t improve quickly, and they found themselves inside the relegation zone for six weeks before eventually finishing in 17th place – just two points clear of the drop.

Having narrowly won the title on the final day of the previous year, Blackburn Rovers failed to build on their success, falling to four defeats in their opening six.

The Lancashire club eventually ended the season in seventh place, outside of the European spots. This proved costly, as Shearer left for Newcastle, while Director of Football and former manager Kenny Dalglish stepped down.

Whoever followed Sir Alex Ferguson in charge of Manchester United was never going to have an easy task. However, more still would have been expected of David Moyes’ brief tenure at Old Trafford.

The Chosen One was at Man Utd for just nine months before being sacked, leading them to seventh place while rivals Liverpool and Man City battled for the title. It was the first time that the Red Devils had finished outside of the top three since 91/92, and is still their lowest finish in a Premier League season.

Having strolled to the league title the previous season, no one could have foreseen what was to come at Stamford Bridge.

Jose Mourinho’s men lost nine of their opening 16 games, finding themselves down in 16th. This ultimately cost him his job, being replaced with Guus Hiddink on an interim basis in December.

Star man Eden Hazard, who had won PFA Player of the Year one season earlier, failed to register a league goal until late April.

An improved second half of the season saw the Blues end in tenth on 50 points – 37 fewer than they had accumulated the previous year.

No one expected Leicester City to win the title in the 15/16 season, and a drop off was highly likely to come. However, the 16/17 campaign was where the fairytale truly ended.

The warning signs came early, as the Foxes fell to a shock 2-1 opening day defeat to newly-promoted Hull City. Things didn’t improve from here, and they found themselves with 21 points from their opening 25 outings.

As they sat just one place above the relegation zone, manager Claudio Ranieri was sacked and replaced by Craig Shakespeare. Shakespeare managed to turn their fortunes around, guiding them to 12th.