Here’s a look at the teams and people who deserve to be nominated as the worst performers in 2008. See our list and then suggest your own ‘losers of 2008’ at the end.

They may have won La Liga last season but overall, 2008 has been a disappointing year for them, seeing them lose out on most of what they have wanted (although Real fans will call losing Bernd Schuster a good thing).

In Europe after qualifying relatively comfortably from their group, they went out of the tournament with a whimper by losing both games to Roma in the first qualifying round. That was the same Roma side that lost both games to Manchester United in the quarter-final.

In La Liga, their grip on the title looks to be a little weak. Defeats to the likes of Getafe and Valladolid is not the form of champions. Their defeat at home to Sevilla proved that they could be in trouble.

Probably their biggest defeat of the year however came in the battle to sign Cristiano Ronaldo. The club made no secret of their desire to bring the Portuguese winger to Madrid. They spent pretty much the whole Summer in the attempt to lure him away from Manchester United. They did so almost at the total exclusion of any other worthwhile transfer activity. As we all know, they failed. And worse, die to their pursuit of Ronaldo they lost Robinho at the end of the transfer window and they’ve been considerably weaker as a result since the start of this season. 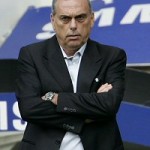 He seems like a really nice bloke. He took Chelsea to within two points of the Premier League title and a John Terry slip away from winning the Champions League. He was in fact the first man to get Chelsea to the final of that prestigious competition.

What was his reward for achieving all of that? Yes, it was the sack.

Despite what he did at Chelsea, he seems to have become a manager that nobody else would want. I don’t understand what he has done to upset everyone, but certainly in the second half of the year he has been one of the biggest losers. 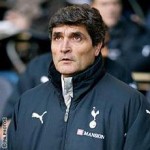 Now then, Juande Ramos had a very strange year indeed. On 24th February when Tottenham lifted the Carling Cup at Wembley, Ramos was a hero. He was undoubtedly the man that was going to finally make Spurs break into that top four where everyone (Tottenham supporters, anyway!)thinks they should be.

A string of poor league form after that victory was put down to the euphoria of winning a trophy. The Summer came with high expectations at the Lane, as there always seem to be. This time, under such a great manager, the expectations seemed to be have a little more foundation than usual.

A lot of money was spent in the Summer, but everyone in the world (apart it seems from Ramos) knew that Dimitar Berbatov was going to leave the club. A replacement striker was essential but there was no sign of one. When Robbie Keane made the move to Liverpool the need for a striker was all the more obvious.

When Berbatov left the club a few minutes before the end of deadline day, Ramos claimed that this left him no time to find a replacement. It is still a mystery as to how Berbatov’s move to Manchester United came as such a shock to the manager!

A run of very poor league results saw Tottenham at the foot of the table. Constant team changes and players playing out of position seemed strange until we found out that the players had no idea what Ramos wanted from them. Not only did they literally not understand what he was saying, they didn’t understand his footballing concepts either.

The sack was a foregone conclusion. Never has a manager made such a mess of a great opportunity before. Being given the poisoned chalice that is Real Madrid isn’t exactly a bonus, but let’s see what 2009 brings for Ramos. 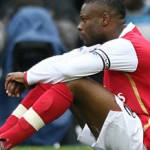 They have not had the best of years. I know this will upset all you Gunners fans out there who might, with some justification, say ‘how can we be losers when we finished third in the Premiership, just four points behind the winners and got to the Champions League quarter-final?’

I’m a Watford supporter and if we finished third in the Premiership and got to the quarter-finals in Europe I would be drunk and dancing for a year. However, success is relative and for Arsenal, third place and a quarter-final is not good enough.

To compound the relative failure of last season, it doesn’t look like being any better this time around. With behind the scenes problems, disappointing defeats against the likes of Stoke and Hull and the defeat of the youngsters in the Carling Cup by Burnley after showing so much promise, third or fourth place and a quarter-final might be par for the course again. 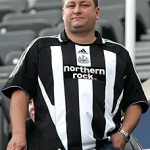 To start with he was loved by the Newcastle fans. He was one of them, a real fan. He stood on the terraces with them, drank beer, poured money into the club and, best of all, appointed Kevin Keegan as the manager.

What could possibly go wrong?

Well, the appointment of Dennis Wise, disagreements with and the departure of Kevin Keegan, disastrous results on the pitch and a wish to sell the club for a profit but not being able to find a buyer, are just a few of the issues that spring to mind.

Obviously the death threats and the hatred and the fact that he can’t go anywhere near the North East of England may have put a bit of a downer on his year as well.

In his quiet moments, Mike Ashley really must look back over 2008 and ask himself, ‘how the hell did that happen?’

Derby County deserve a mention for getting relegated out of the Premiership with a remarkable eleven points and boasting a goal difference of -69.

Kris Boyd deserves a mention because he fails to get picked regularly for his club yet walks out on his country when not selected. That is the action of a real loser.

Heurelho Gomes deserves a mention because he has been so bad at Tottenham.

Finally, Sven Goran Eriksson deserves a mention because he has gone from managing a Manchester City team who looked odds on for European qualification at the start of the year, to getting the sack and taking over at Mexico where he is on the verge of…getting the sack.

Who do you think the biggest losers of 2008 have been?