India
Home News the big four are they prepared enough

As the World Cup frenzy finally ends, with La Furia Roja lifting the coveted trophy and the psychic Octopus Paul ready to be fried in Garlic butter by the Germans, our focus shifts to the new season of the Barclays Premier league. We take a look at the so called traditional “Big 4” and their preparations for the upcoming battle.

The disappointed English contingent looks for redemption, where brothers in arms, will be up in arms against each other, eager to boost their credentials which were so heavily questioned in the recently concluded World Cup. Here is an insight into the title contenders, their squads and what they will need:

Arsenal: Young, talented squad with oodles of potential. They surprised everyone with their performances last year when they looked a genuine attack force. They have players capable of creating flashes of ingenuity and capable of firing on all cylinders frequently. Led by captain and midfield maestro Francesc Fabregas, who provides sparks of creativity and inventive genius, they have attacking options all over the pitch.

Russian magician Andrei Arshavin, Robin Van Persie, Samir Nasri provide energy to the side and are all naturally gifted with positional sensibility and goal scoring abilities. But every team is only as strong as its weakest link, and currently, the link appears to be Arsene Wenger.

Another problem has been Nicklas Bendtner’s finishing. A player brought in to be a target man to help bang in goals as well as provide support to Robin Van Persie, Bendtner has missed chances that his grandmother would score. He needs to get his act together and fill in the gap left by Emmanuel Adebayor’s departure two years ago, and wear his scoring boots, if he has any.

Potential replacement should be Wolfsburg forward Edin Dzeko, the 6’5 striker has got a class of finesse and a superb aerial presence, which seems to lack in the gunners. But a deal is unlikely to materialize, most probably because he isn’t a Frenchman.. Time is of value, so Wenger needs to hunt, and fast. With the danger of losing captain Fabregas to Barcelona and William Gallas to Juventus, Wenger must not only buy new options, but look to keep his team’s vital components for the next season. 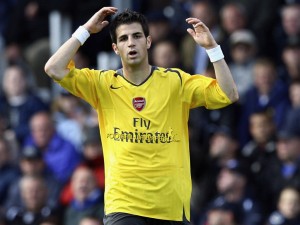 Chelsea: Defending Champions, look in great shape for next season. The release of German captain Michael Ballack, Joe Cole and Juliano Belleti will give space for younger players to fill up their shoes, and with the fit again duo of Michael Essien and Jon Obi Mikel waiting in the wings, things can only get better for them. Their only signing of the summer, Yossi Benayoun, is a well thought move by Carlo Ancelloti, considering Yossi Benayoun can perform his optimum at the tip of the diamond, which Ancelloti prefers.

The only headache for the manager is whether to play an impressive Branislav Ivanovic or Alex “the Tank” Da Costa to partner Terry, both being rocks in Chelsea’s successful campaign last season. Ashley Cole’s move to Real would be a huge blow, if at all, it happens, the player called by many, as the best Left back in the world would lead to a significant dent in Chelsea’s defense. Russian Ronaldinho Yuri Zhirkov is more than capable of filling in, but the injury prone multi-utility man has shown that he does have a knack of picking up injuries.

What Chelsea lack is a conventional number 7, a player who can keep possession and is someone capable of dribbling and tricking to unlock defenses. Every successful team seems to have one, Cristiano Ronaldo at Real Madrid, Arjen Robben at Bayern Munich are ones which immediately come to mind.

But Ancelloti must be careful not to be tempted by the prospect of signing African players, the African Cup of Nations being a constant menace to their title prospects in the past. Didier Drogba, Michael Essien and Jon Obi Mkel are key components of the Chelsea line up, therefore signing exciting stars like Gervinho and Anthony Annan must be given careful second thoughts.

The sale of Miroslav Stoch to Turkish club Fenerbahce might be a long term loss, and the manager must give chances to the youngsters on the bench. Patrick Van Aanholt, Jefferey Bruma, Gael Kakuta and Sam Hutchinson are loaded with potentials, and if given a chance, can make impacts. 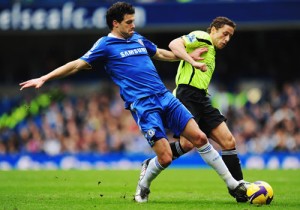 Down with the blues

Manchester United: The Red Devils will look for stronger performances with more grit and desire. They should probably make a shirt with the name “Own goals” and frame it to remind themselves they came second because of a record number of own goals. It probably won’t save them the blushes again next season like it did against Sunderland at Old Trafford, where an own goal leveled scores into extra time.

Young Mexican international Javier Hernandez impressed with his performances in the group stages of the World Cup, but so did Claudio Pizzaro for Peru just after he signed for Chelsea, where later he proved a dismal flop. Although with blessed speed in the wings provided by Ecuador international Antonio Valencia and Portuguese international Nani, the centre of the park needs better legs to carry forward the legacy of the club.

Wayne Rooney’s show at the World Cup will be a sign of concern, but Dimitar Berbatov’s retirement from the Bulgarian national team will provide added incentive to the striker to focus on his club side. But 2 seasons with United haven’t been utterly eventful, with most supporters running out of patience with the man who they say “has a ballet dancer’s grace, but Cinderella’s work ethic.”

This might be his last chance to convince one and all, that bringing him to the club was more than just to warm the benches. Potential targets should include a strong central midfielder, with a good range of passing and a defensive midfielder, with Owen Hargreave’s apparent inability to recover from his Jumper’s knee. Bastian Schweinsteiger would be a perfect signing, an initiator of counter-attacks, defensively sound, and an intelligent player, he definitely would fit their scheme of things.

While most people would scrutinize on if a deal for Mario Balotelli is really worthwhile, considering their wingers are already outstanding, a deal for Luis Fabiano, would be beneficial, as it would take off the huge amount of workload on Wayne Rooney, plus a proven goal scorer in the La Liga will be a strong boost to any side’s attacking aspirations.

Liverpool: Desperately need to get their tag of a two man team off themselves, should rely on performances from the team as a unit rather then let the result of their side depend on the form of two individuals. With Rafael Benitez sacked as manger, Liverpool fans will be breathing a sigh of relief, after relentlessly opposing the rotational policy and the zonal marking system employed by the now ex-manager.

The new man at the helm, Roy Hodgson, would be in charge of a new beginning, and everyone on Merseyside would expect a strong showing from the man who led Fulham to the UEFA Europa league last season. Liverpool have an average squad, with no particular balance. Fernando Torres is made to slog alone against strong defences, but is as effective as dynamite with the wingers providing support.

But Liverpool’s weakness lies in the form of club captain Steven Gerrard and start striker Fernando Torres. Also, the apparent poor combination of Javier Macherano and Lucas Leiva in the centre of the park, a reshuffle is in order immediately. Hodgson need to bring in a midfielder who shares the workload of Steven Gerrard, and allows him to bomb forward while attacking.

Liverpool might find a effective buy in their current transfer target, Lolic Remy, who will provide much needed pace and finishing, as well as some much needed support to Fernando Torres. A hint of doubt must also be put on the centre of their defense, Sotiris Krygiakos, Jamie Carragher and Daniel Agger have all contributed poorly with problems of their own.

Carragher has old legs, Agger is very injury prone and Krygiakos has shown he loses composure more often than not. Liverpool must now mould themselves according to the way Roy Hodgson wants to see them, and if he manages to do a job as well as he did at Fulham, a more organized, balanced and defensively strong Liverpool would be pretty much on the cards. 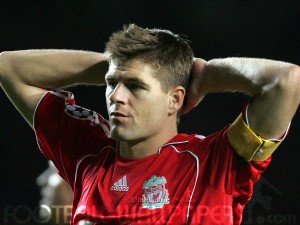 Will the sun shine through the clouds again?