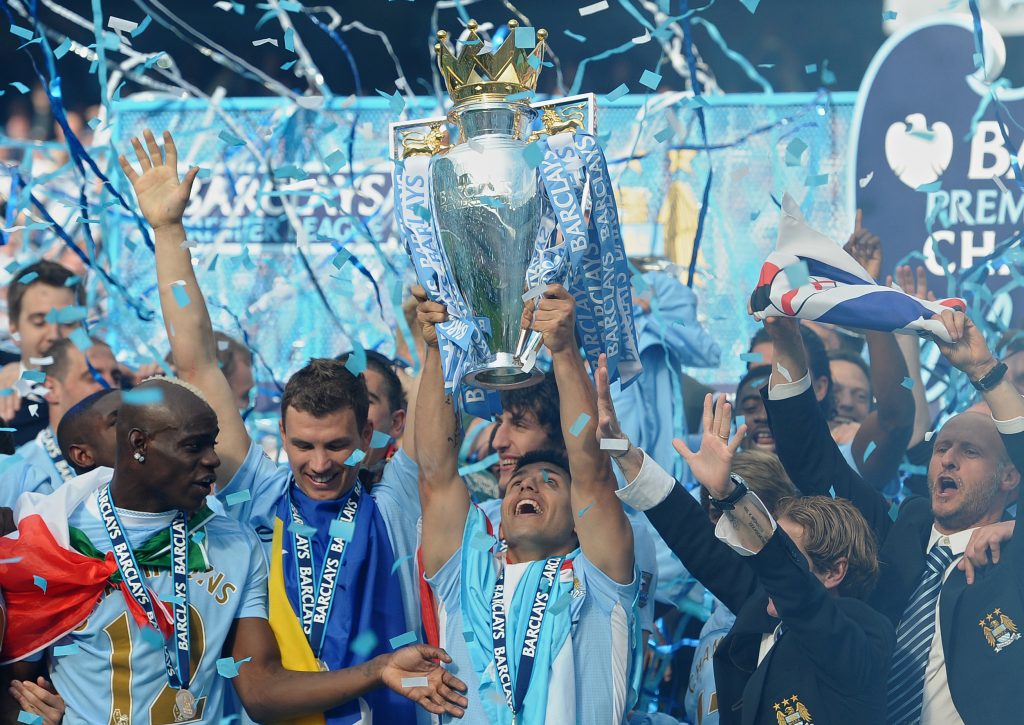 Scoring a late goal is undoubtedly one of the most thrilling parts of football – unless you happen to be on the receiving end!

The sport’s history is littered with late goals that have helped teams win trophies, clinch promotion, avoid relegation or get one over their closest rivals.

As none of the Sportslens team can remember much further back than the 1970s, we take a look at some of the best late goals of the past five decades.

Arsenal travelled to Liverpool on the final day of the 1988/89 season needing to win by two clear goals to pip the Merseyside outfit to the title.

Leading 1-0 with just seconds to play, Michael Thomas broke free of Liverpool’s defence to fire home and secure top spot for the Gunners.

The look of abject horror in the home ranks merely added to the absolute joy that the rest of the footballing world felt at that moment.

Manchester United’s hopes of winning the treble looked to be over as they trailed by a single goal to Bayern Munich in the final of the 1998/99 Champions League.

As the game went to injury time, Teddy Sheringham’s scuffed shot appeared to have sent the game into extra-time, but United had other ideas.

David Beckham’s corner found the head of Sheringham, who nodded to Solskjaer to toe-poke the winner and complete a stunning comeback.

Carlisle United went into the final day of the 1998/99 season needing to beat Plymouth Argyle to avoid being relegated out of the Football League.

The score was 1-1 when Carlisle were awarded a corner in the final few seconds, so on-loan goalkeeper Jimmy Glass sprinted up the field to join the attack.

He unbelievably volleyed the ball home to spark wild celebrations around Brunton Park and consign Scarborough to the Football Conference.

Little was known about Jose Mourinho beyond Portugal’s borders before the 2003/04 season, but all that changed on a magical night at Old Trafford.

United’s away goal from their first-leg meeting in the Champions League appeared to be sending them through, but Costinha’s 93rd-minute goal flipped the tie in their favour.

Mourinho’s manic dash down the touchline became the stuff of legend and helped to announce his arrival on the biggest stage.

In the 1995 Cup Winner’s Cup Final, Real Zaragoza were tied 1-1 with Arsenal with just a few seconds left on the clock.

With the game heading for a penalty shoot-out, former Tottenham Hotspur midfielder Nayim hit a long-range shot that looped into the goal.

The sight of goalkeeper David Seaman flailing around in desperation as the shot arched towards the net will never stop being funny.

Trailing 2-0 heading into stoppage time of the 1998/98 play-off final, Manchester City appeared destined to spend another season in the wilderness of the Second Division.

However, Kevin Horlock halved the deficit in the 90th minute, before Paul Dickov fired home a memorable equaliser. City subsequently clinched promotion after a penalty shoot-out.

City’s future may have looked a lot different without that goal, with Sheikh Mansour unlikely to have been attracted to a club languishing in the third tier.

“Aguerooooo!!! I swear you’ll never see anything like this ever again. So watch it, drink it in.” Martin Tyler’s iconic commentary crowned what was an unlikely title success for Man City in 2012.

With the clock ticking towards full-time, the red half of Manchester were ready to celebrate a 20th league championship following their 1-0 win at Sunderland.

City were trailing 2-1 against QPR, but goals in stoppage time by Edin Dzeko and Aguero secured the club’s first top-flight title since 1968.

The 1979 FA Cup Final had been a fairly uninspiring affair, with Arsenal opening up a 2-0 lead over United that they held until the 86th minute.

The game sprang into life at that point, with goals by Gordon McQueen and Sammy McIlroy bringing the Red Devils back into it.

United’s hopes of victory were soon dashed, with Alan Sunderland scoring a last-minute winner to seal a 3-2 victory for the Gunners.

The 2006 FA Cup Final was a thriller, with West Ham putting up an excellent fight against much-fancied Liverpool at the Millennium Stadium.

The Hammers led 3-2 heading into stoppage time, but a superb long-range thunderbolt by Steven Gerrard sent the game to extra-time.

The Reds subsequently went on to win the penalty shoot-out to claim the seventh FA Cup success in their history.

‘Club legend’ is a phrase that is easily thrown around, but Pedersen achieved that status for Blackburn Rovers in fine style in 2005.

His thunderous late shot in an FA Cup tie secured a 2-1 victory over Rovers’ biggest rivals to spark scenes of pandemonium around Ewood Park.

The fact that goal was scored, and celebrated, in front of Burnley’s fans made it all the sweeter and ensured that Pederson would etch his name into Rovers’ folklore.

Barcelona were seconds away from elimination against Chelsea in the second leg of their Champions League semi-final when the ball came to Iniesta.

The playmaker fired home the winner through a crowd of players to silence the home fans and send Barca through to the final against Manchester United.

Iniesta’s goal is seen as a pivotal moment in Barca’s history, sparking an unprecedented period of success under then-manager Pep Guardiola.