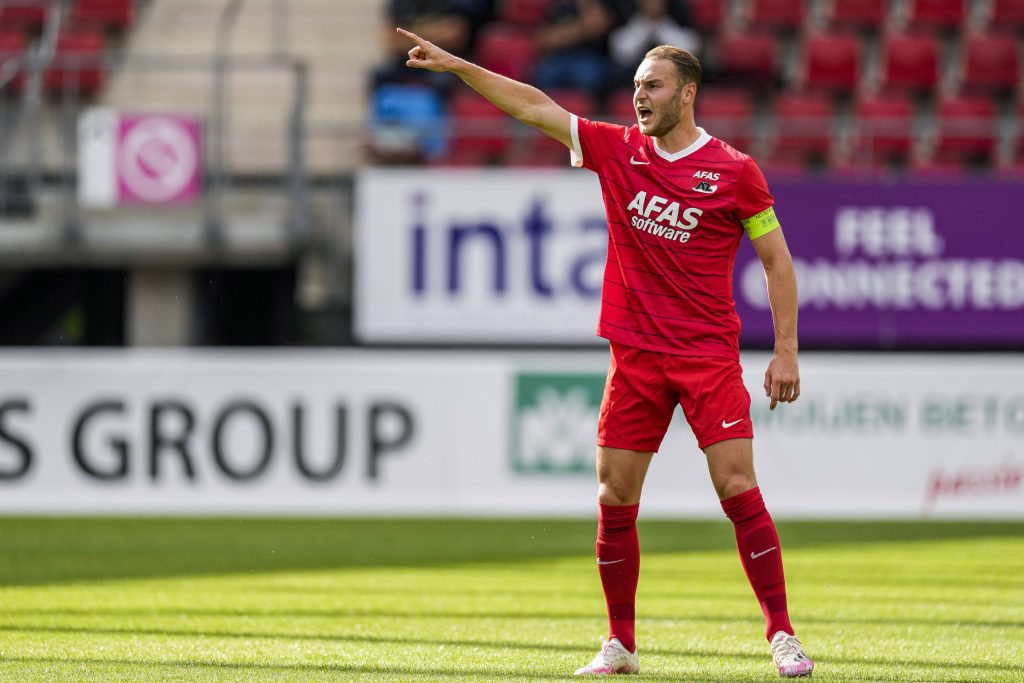 In-demand AZ Alkmaar starlet Teun Koopmeiners is on the verge of securing a move to Serie A, with Atalanta and Roma going head-to-head for his signature.

During an interview with La Gazzetta dello Sport, Koopmeiners displayed his frustration with the Italian clubs’ inability to meet AZ’s demands.

However, negotiations with Atalanta and Roma are well underway, shutting down the prospect of moving to the Premier League.

“This situation brings stress because, in the end, you think about it every day,” he said.

“If the transfer doesn’t take place before the start of the season, I will just have to play well and put as many minutes as possible in my legs.

“I understand that people think I have said goodbye to the club for some time, but especially in this period, marked by the coronavirus pandemic, a goodbye is only true at the time of signing.

“As I said, it’s a stressful situation, but I manage to be calm enough, also because I’m in a good situation. AZ is not a club I want to leave at all costs.

“The talks are in full swing.”

Before Atalanta and Roma joined the fray in July, Arsenal and Leeds United looked like the likeliest landing spots for Koopmeiners.

The 23-year-old midfielder is reportedly a die-hard Gunners supporter, which was expected to give Arsenal an upper hand in potential negotiations.

Mikel Arteta even considered the Dutch playmaker as Granit Xhaka’s long-term successor at the Emirates Stadium.

However, the Londoners are now on the cusp of handing the Swiss star a new contract despite genuine interest from Roma.

Jose Mourinho was keen on signing Xhaka this summer, but the 28-year-old’s showings at the European Championships convinced Arsenal to retain his services.

As a result, the Special One has shifted his attention towards Koopmeiners, who has enjoyed two stellar seasons in the Eredivisie.

He has bagged 30 goals and ten assists in 70 appearances for AZ across the last two competitive campaigns.

Valued at €17m by the Eredivisie club, Koopmeiners would be a valuable addition to Leeds, but they look set to lose the race to the Italians.