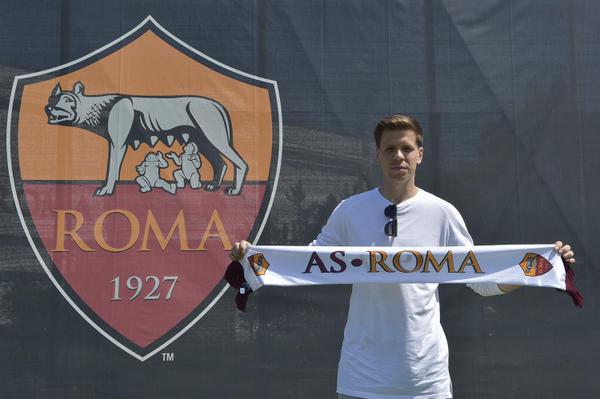 Another Arsenal transfer done and dusted as Wojciech Szczesny completed his Serie A move and has been unveiled as a Roma player today.

The Polish international completed a loan move to the Serie A side after Arsenal signed Chelsea keeper, Petr Cech.

Good luck to @13Szczesny13, who is to join AS Roma on loan for the 2015/16 season. Full story: http://t.co/eQSNujDkYA pic.twitter.com/AyjK3idLMo

With the arrival of Cech, Szczesny’s first team chances seemed to be limited and Wenger has decided to loan him out in order for him to get regular game time and develop at a competitive environment.

Szczesny was dropped from the starting eleven in the second half of last season due to a conduct issue and it is believed that the Polish international has fallen out of favour with Arsene Wenger.

Szczesny is set to wear number 25 for Roma next season.

Further, the Arsenal keeper had a message for all Roma fans.