The movements in this summer’s transfer window have certainly highlighted the importance clubs have placed on the art of the striker. We have been blinded by the inordinate amounts of money thrown around by the world’s wealthiest, with a stunning array of transfers having already gone through this summer. New-money Monaco have certainly turned heads, and their acquisition of the Columbian predator, Radamel Falcao, has been a precursor for a market dominated by the movements of the world’s brightest striking talents.

Some of the prices have been astronomical, such is the current economic climate concerning transfer dealings. There have been three new entries in the top ten world transfer fees, with Neymar, Falcao, and Edinson Cavani commanding fees upwards from £47m. Suffice it to say, strikers are in demand, and this trend has been as keenly felt as anywhere as in the Premier League.

Earlier in the year, Norwich City agreed a deal to sign Dutch striker, Ricky Van Wolfswinkel from Portuguese side, Sporting Lisbon, for around £10m. Instantly smashing the club’s transfer record, the signing of the 24-year-old is a major coup for the club, and typifies the attitude of clubs all over the county within the transfer window.

Newly promoted Cardiff City smashed the Danish League record last month, as well as the club’s own record, to secure the signing of striker, Andreas Cornelius for £8m. The 20-year-old lit up games last year for FC Copenhagen, and his signing is also a considerable feat for a team not considered to be a top English side.

At the other end of the spectrum, Manchester City have predictably continued to bleed their vast resources in pursuit of reality fantasy football, this time in the image of new Chilean boss, Manuel Pellegrini. The Premier League runners-up signed strikers Stevan Jovetic and Alvaro Negredo this week for a combined fee in the region of £42m. The duo will fill the void left by troublesome duo, Tevez and Balotelli, and will look to power City to a more convincing title challenge come the new season. 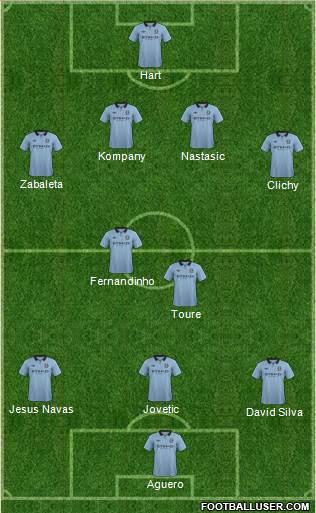 Arsenal, even more predictably, have procrastinated thus far, watching as transfer activity begins to gather pace. Whether the metaphorical ‘swaying cobra’ will eventually strike is debateable, with the club’s main targets Gonzalo Higuain and Luis Suarez also the subject of intense scrutiny from other, more economically insensitive, clubs.

Away from the Premier League, all time Spanish top scorer, David Villa, has moved to La Liga ‘rivals’, Atletico Madrid. The Spaniard had been linked with a move to Tottenham, but ultimately plumped for the high-flying Madrid club, where he can certainly ease the pain of losing Falcao.

The fee involved for the 31-year-old has been the real talking point, as £5m is a paltry figure for such a lethal front man. It is not the first time Barcelona have let their players go for unusually small sums, with Zlatan Ibrahimovic acrimoniously leaving the Camp Nou in 2011 for just over £20m. The Catalan club had bought the flamboyant Swede for £40m, plus Cameroonian star, Samuel Eto’o, and the loan of Alexander Hleb. A quite unbelievable amount, made even more unreal due to the comparatively minute amount he was sold for just two years later.

Back in England, there is the small matter of the future of Wayne Rooney. England’s ‘Golden boy/beast’ has witnessed a dramatic downturn in his status at United, following the unshackled success of Robin Van Persie, and, more recently, the arrival of new manager, and former mentor/legal opponent, David Moyes. It seems that Rooney’s days are numbered at the club, which appears to be the angle the striker is going for, as a move to Premier League rivals, Chelsea, seems to be on the mind of the ‘angry and confused’ 27-year-old. 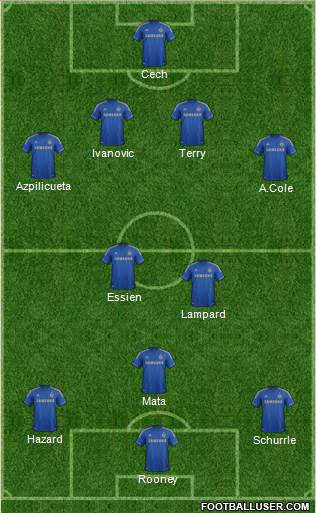 United themselves are after Cesc Fabregas, the man to complete an insulting collection of former Arsenal idols. To be pedantic, Fabregas could be included as a striker on demand, as he has been recently deployed up top for both Barcelona and the Spanish national side, much to the surprise of many a bemused punter.

Newcastle are attempting to add to their growing French contingent with bids for strikers Bafétimbi Gomis and Andre-Pierre Gignac. Papiss Cisse’s obvious discontent over the club’s new shirt sponsor, ‘Wonga’, has put the Senegalese’ future in doubt. This makes Pardew’s pursuit of new striking talent all the more crucial, and both Gomis and Gignac would be terrific signings, having both been considered among the best French strikers around. 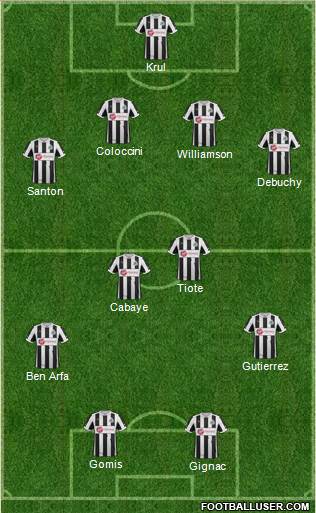 With many Premier League clubs recruiting strikers to add fire to their respective goals for the year, one hopes that the influx will herald an unprecedented goal rush come the new season. There were mutterings that the position of ‘striker’ was perishing, due to Spain and Barcelona’s new-fangled ideal of fluid football; but that enmity has been quelled due to a host of venomous strikers now proving their points. The art of the striker is very much alive, and it will undoubtedly be a treat to see so many new variations in the English top flight next season.