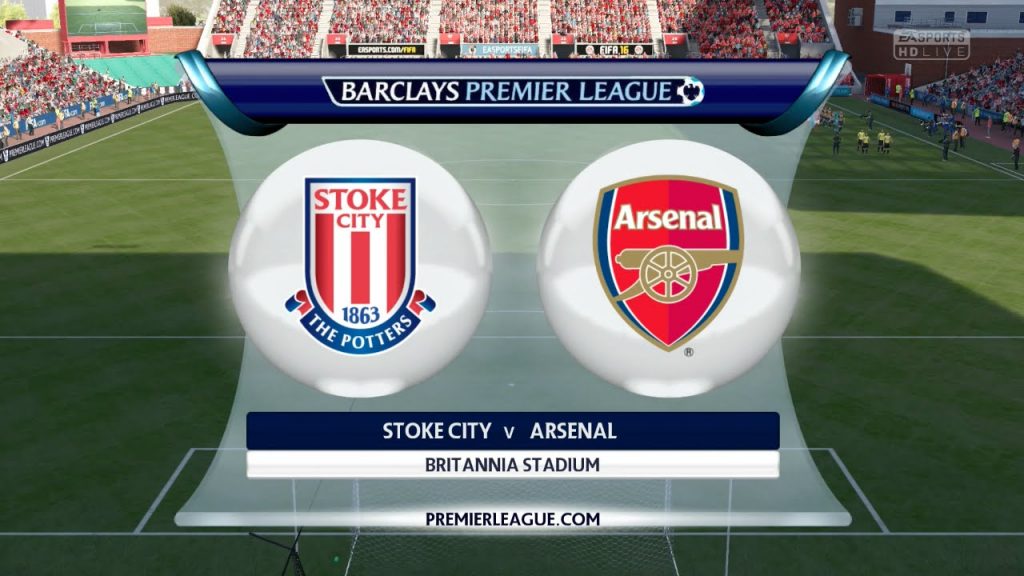 Stoke host Arsenal in the Premier League this weekend and the Potters will be hoping to finish their season on a high with a win over the Gunners.

Mark Hughes’ men have failed to win five of their last six Premier League matches and they will be under a lot of pressure to deliver here.

Ireland and Afellay are the only players ruled out for the home side this weekend.

Arsenal were very impressive against Southampton and Manchester United in their last two matches and they will be hoping to put some pressure on City and Liverpool with a third consecutive win.

The Gunners haven’t managed to win at the Britannia Stadium since 2010, and the Potters will make it tough for Arsenal yet again.

Cazorla, Chamberlain and Koscielny could miss out on the trip to Stoke with injuries.

Stoke are undefeated in their last 6 home matches against Arsenal in all competitions.

Arsenal have won 4 of their last 5 matches in the Premier League.

Arsenal have won just 3 of their last 9 away matches in all competitions.

There have been under 2.5 goals scored in Arsenal’s last 4 games in the Premier League.

Arsenal have been very poor away from home and they have a poor record against Stoke as well. Bet on the home side to win or draw.

The Gunners have picked up some form in their last two outings. Bet on the away side to win here.

Arsenal are in desperate need of a win here but their away record suggests it won’t be an easy outing.

Stoke will be playing for pride here and the home side are certainly capable of getting a result. This should be a close contest with both teams likely to cancel each other out.