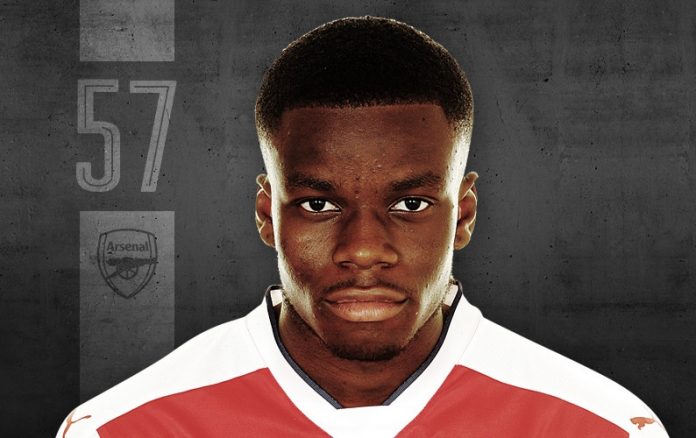 Charlton Athletic have suffered a huge blow after Stephy Mavididi was ruled out for rest of the season.

The 18-year-old forward joined Charlton on loan from Arsenal, and has returned to his parent club for treatment.

He suffered the injury during Charlton’s home defeat to Bury in League One on Saturday.

INJURY UPDATE | Stephy Mavididi has returned to @Arsenal after being ruled out for the rest of the season –> https://t.co/9HEW8Zgukf #cafc pic.twitter.com/YujNEXP8vz

Thereafter, he underwent a scan, and now he is expected to be out for at least three months. Charlton boss, Karl Robinson, has admitted that the teenager was inconsolable when he heard the news about his surgery.

Robinson added that the player has been ‘tremendous’ for the club and that the Addicks would love to have him back again next season.

The Charlton manager said, as quoted by ESPN:

He saw a specialist last night and he’s set for an operation at the start of next week, but it will keep him out for between 14 to 16 weeks.

He’s been in tears, which is sickening because he’s been tremendous for us and we wish him all the best. He’s been a credit to his family and to Arsenal and we’d love to have him back next year.

Mavididi joined Charlton in January, and has made a big impression at The Valley. He has made five appearances for the club, and was progressing steadily.

He is yet to score a goal for his new club, but grabbed the headline recently when a clip of him dodging past several Rochdale players to run the length of the pitch went viral.