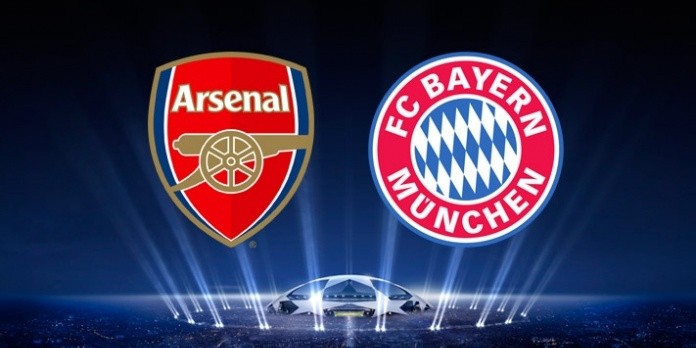 On the day before they take on European Champions Bayern Munich, there’s reason for Gunners’ fans to be optimistic. Of course their opponents are the reigning champions, and yes, they did win every trophy in their focus last year. There is also no denying that they have probably improved this season under the tutelage of Pep Guardiola, and turned the Bundesliga into a one horse canter going sixteen points clear after the weekend’s results and are currently on an unbeaten run of league games rapidly approaching the half century mark. So why should Arsenal fans be optimistic? Well, here’s why.

At the same stage of the Champions League last year, Arsenal travelled to Munich to play the return leg against the same club after being comprehensively outplayed by the Bavarians 3-1 at the Emirates. It was a game that many thought to be little more than a formality, but the Gunners jumped all over any German complacency and secured a famous 2-0 victory. It did mean that they were eliminated from the competition on the away goals rule, but the game marked a watershed in the club’s approach, and a comparison of statistics before and after the game vividly demonstrates this. The team that turned up at the Allianz on a seemingly ‘Mission Impossible’ project, and the team that left with a reassuring victory tucked under their belt appear to be very different creatures indeed.

In the 49 games before that Allianz encounter some eleven months ago, the Gunners had recorded a mere 23 victories, 14 draws and a dozen defeats, netting just four goals short of a century and conceding 63 with a win percentage of 47%. After the renaissance at the home of Bavarian football however, the following 49 games have seen a dramatic improvement. In this period, the Gunners have won 34 games, drawn 11, and suffered a mere 7 defeats. They have scored six fewer goals but have conceded only 40, an improvement of 23. It’s hardly surprising therefore that their win percentage is now at virtually 70%. I know that figures are all well and good, but what does that tell us in terms of Arsenal’s achievements. Well, simply put, if the league season started after the Bayern game and was completed now – a not unreasonable length of 36 games – the Gunners would have finished top of the pile with 82 points, three clear of Chelsea. Arsenal are indeed the Premier League’s form club over the last twelve months.

Can Arsenal take this belief into the Bayern tie? The victory over Liverpool at the weekend – especially with the manner in which it arrived, having to dig it out when under pressure – will have built confidence and given reassurance to the squad. The German club however remain the preeminent test in European competition and will offer a severe examination of Arsenal’s credentials. A draw at home would not be a disaster, but if the Gunners could score first, the tie could really open up. I’ve just got a feeling that German international Mesut Ozil will be keen to demonstrate that the club he joined belongs in Europe’s elite. There’s a match-winning performance due from the midfielder, and this could be it. A home victory would set the return game up nicely, and I think the Gunners may just achieve that if they score first.