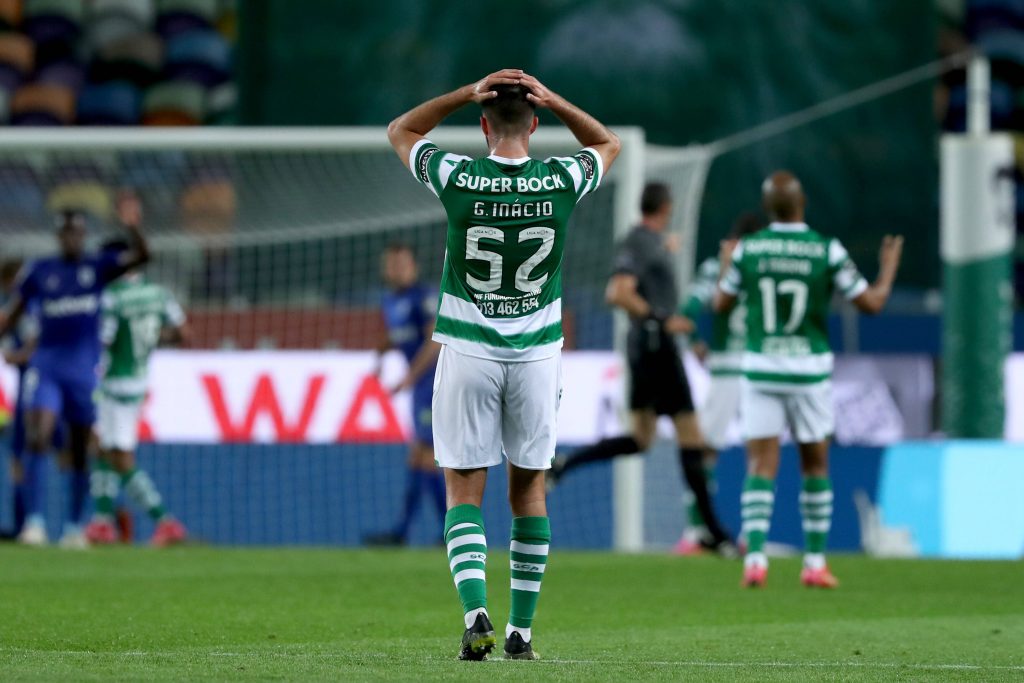 A win for Porto in tonight’s clash with Vitória de Guimarães will see them reduce Sporting’s lead at the top to four points, having won six in a row since they held the league leaders to a 0-0 draw in Porto.

While Sporting remain unbeaten in the league this season, goalkeeper Antonio Adán’s gift of a second Belenenses goal may be proof that the pressure is getting to even their more senior players, as they look to close in on a first league title since 2002.

Famalicão, who have been playing some of the most exciting football in the Primeira Liga under Ivo Vieira, travel to the Estádio do Dragão at the end of the month.

This is followed by an away trip to Benfica, who are looking to pip Braga to the third-place Champions League qualification spot.

However, Sporting still have to travel to both Braga and Benfica in their final six games – if there is anyone who would need no added motivation to prevent the Leões from winning their first title for 19 years, it is their Lisbon rivals.

In his pre-match press conference, Sérgio Conceição denied having any concerns about his players suffering from fatigue. He was even asked whether Ramadan had made it more difficult to maintain energy levels in some of his players:

“We are always very aware of that, and our medical department will have no issues there. Against Chelsea, we pressed all over the pitch for the 90 minutes as an organised unit – we did not hold back,” he said. “[My players] will be strong and resilient.”

Tonight’s opponents will not make it easy for Porto, though.

Vitória boss Bino Maçães ended his new side’s run of five consecutive defeats in his second game in charge on Saturday when they held on for a 1-0 win at home to Santa Clara.

With a six-point deficit and a game in hand heading into tonight’s game, Maçães has set his side the target of replacing Paços de Ferreira in fifth place, thus taking the second Europa League spot.

Read also: Neymar willing to take a pay cut to return to Barcelona.