Arsenal forward Joel Campbell hasn’t enjoyed a good season and could be facing the exit doors in the summer.

The 22-year-old impressed heavily during the FIFA World Cup in Brazil but has failed to replicate the form for his club. He struggled to get regular games at Arsenal, and was sold to Spanish club Villarreal on loan in the January transfer window.

Campbell has made 19 appearances for the Yellow Submarines but has yet to score for the La Liga side. Villarreal are unlikely to keep him at the club beyond the season, while Campbell doesn’t seem to hold a long term future at Arsenal as well. 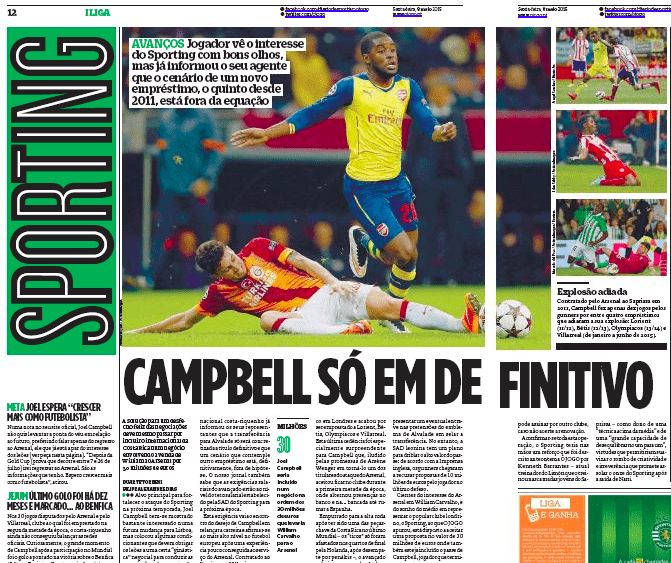 According to O Jogo, Campbell is interested in moving to Sporting in the summer, but only on a permanent transfer. The Costa Rican forward has informed his representatives that he doesn’t want another loan move at this stage of his career.

The 22-year-old could play a key part however in landing Arsenal their major midfield target, William Carvalho. The Gunners are thought to be a long term admirer of the Sporting midfielder and were heavily linked with a move in the past few seasons.

The report claims that Sporting will be willing to accept an offer of €30m for Carvalho, if Campbell is included as a part of the deal.