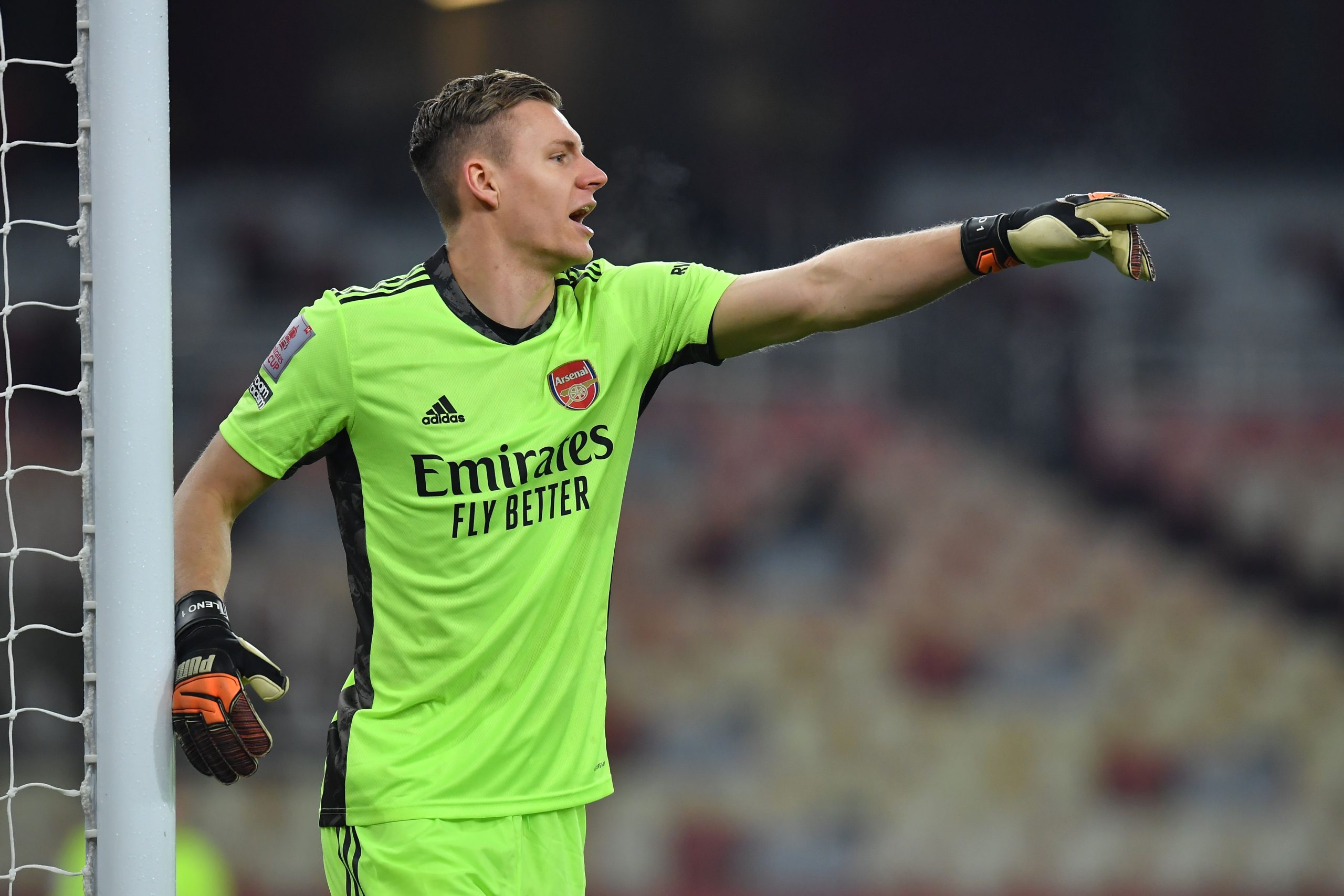 A selection of Arsenal fans on Twitter have heaped praise on goalkeeper Bernd Leno following his impressive display in the 2-0 win over Newcastle United in the FA Cup third round.

The Gunners had a testing challenge at the Emirates Stadium, but they managed to eventually prevail after goals from Emile Smith Rowe and Pierre-Emerick Aubameyang in the second half of added extra-time.

However, the north London giants could have quite easily lost the game in the final minutes of normal time, had it not been for the goalkeeping heroics of Leno, who denied Andy Carroll from close range.

Carroll found himself in acres of space to shoot on goal, but Leno denied him with a terrific save at the near post with his left arm. He got up instantly to divert the rebound from the striker’s foot and dived to cover up the loose ball before DeAndre Yedlin got to it.

The 28-year-old had nothing much to do prior to that effort from Carroll, but a number of Gunners supporters were truly delighted with the impact which helped the holders avoid a surprise early exit from the competition.

That stop from Bernd Leno in injury time was huge. He has been absolutely faultless recently.

I think we can also confidently say now that Bernd Leno is a top keeper. His mega save kept us in the game. That's what you need from that position, high concentration on a slow afternoon. Really great stuff from him.

Bernd Leno gets his first clean sheet in his 10th appearance at the Emirates Stadium this season.

Earned it too with that brilliant double save.

The Gunners will get to know their opponents for the fourth and fifth round of the FA Cup on Monday. They will be in Premier League action against Crystal Palace on Thursday night and have the chance to make it five straight victories across all competitions.

Leno kept his first home clean sheet of the season yesterday and he will be aiming to carry on the good form against Roy Hodgson’s side. The Gunners could move temporarily to the top half of the table, should they beat their London counterparts.