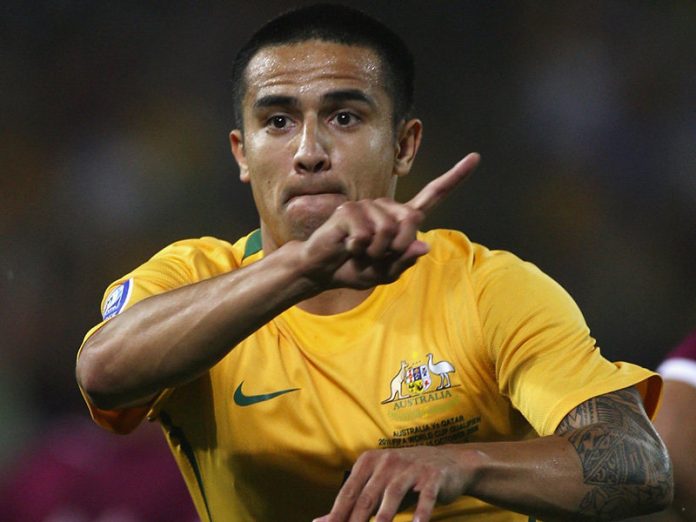 The Socceroos’ upcoming World Cup campaign looks on firm ground. This morning’s friendly against Wales showed the evident class of both sides’ top players, but a workmanlike Australia were the superior team against a side whose Premier League pedigree belies it’s FIFA ranking of 119.

Up front, Tim Cahill and Scott McDonald (remember him?) pulled the strings for the Socceroos, while for extended periods the Aussies were able to nullify Wales’ influential wide men Craig Bellamy and Gareth Bale.

McDonald, who still hasn’t scored after 26 Socceroo caps, has never been faulted for effort in Australian gold and this was again the case today. He was busy up front and with Tim Cahill had a role to play in both goals. Given his 5’9 frame, leading the line in what amounted to a 4-4-1-1 hardly accentuated his gifts, but he regularly puts in Tevez-like endeavour, if without the pursuant goals.

It was hardly an exquisite spectacle – more an unkempt tussle in which the Australians collected themselves more quickly than their opposition. They pulled away when perpetually underrated right-back Luke Wilkshire first thundered a long-range shot against Wayne Hennessey’s upright and minutes later delivered a pinpoint cross that Cahill powered into the bottom right corner.

He also curtailed Welsh WMD Bale, while the less experienced combination of Matt McKay and Michael Zullo were able to somewhat negate Bellamy’s influence on the left. When Wilkshire was pulled at half time, the opposition flankers were far more able to shape the game.

As The Age’s Michael Lynch has pointed out on Twitter, the blend of youth and experience should hearten the Green and Gold army.

The team is defensively sound, with Michael Zullo, Matthew Spiranovic and Rhys Williams all impressing. Williams’ presence was impressive, while Spiranovic made a habit of being in the right place at the right time. Matt McKay, though unlikely to have damaged his prospects of moving to Rangers, showed again some David Carney-esque tendencies at left back: good going forward, but was often beaten for pace and lateral movement by (very good ‘uns) Craig Bellamy and Bale.

It was after Zullo, Wilkshire and Neill had all been withdrawn that a miscommunication at a set piece left Wales right-back Darcy Blake alone to score.

All appears positive for the Socceroos behind the ball. The midfield, though for the meantime shorn of the class of Bresciano and Kewell, is bustling, harrying and athletic. It is only going forward that the Socceroos don’t have a good mix of experience and exuberance. When Robbie Kruse put home the rebound from a McDonald’s shot, it served to contrast his fortunes with those of McDonald: when the Middlesbrough man scores his first Socceroo goal, it must be written that the earth will open and swallow him whole.

There is hope in Kruse’s ability to find the net and McDonald’s endeavour can begin to capitalise on delivery which has improved markedly since Osieck took over from Pim Verbeek. The team is still disconcertingly reliant on attacking midfielders Cahill and Holman to score. But this, after the Germany matches and a valiant Asian Cup, is encouragement enough for now.