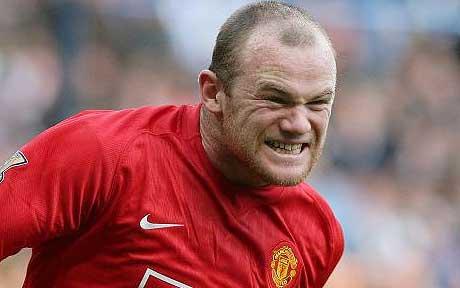 Alex Ferguson’s decision to drop Wayne Rooney from his Manchester United squad for the game against Everton this past weekend did my Soccerlens Fantasy Football team no favours. Like many people, I’d picked Rooney expecting the former Everton player to teach booing Toffees fans a lesson by scoring at least a couple at Goodison Park. I didn’t pick him so he could sit out and register zero points. It’s almost as if Sir Alex Ferguson pays no attention to how his managerial decisions affect the performance of my fantasy team. Almost.

I can’t complain too much, and neither can anyone else who picked Rooney. In hindsight Ferguson’s decision could have been predicted. Or at the very least I should have realized that picking a player with personal problems was inherently risky.

I do consider myself unlucky in a few other areas though. My keeper Joe Hart missed out on a clean sheet for Man City after making a rare error and getting tangled up with Kolo Toure. My forward Andy Carroll would have scored at least once for Newcastle against Blackpool if not for the heroics of Seasiders’ keeper Matthew Gilks, and Chelsea boss Carlo Ancelotti decided that what Florent Malouda really needed after all his recent good form was to spend the first 84 minutes of Chelsea’s win over West Ham on the bench. Thanks Carlo.

My biggest point scorers were Didier Drogba for his assist vs West Ham, Andrei Arshavin for his Arsenal assist vs Bolton and Glen Johnson for Liverpool’s clean sheet against Birmingham.

The players I (and you) should have picked this week include Fulham forward Moussa Dembélé, who scored twice against Wolves for a total of eight points, Michael Essien who scored two with his head for 10 points, Charlie Adam who had a goal and an assist from midfield for Blackpool, plus a clean sheet for a total of 11 points (he lost one point for a yellow card). But I didn’t pick any of those guys.

So not a great week for the Soccerlens All-Stars. We finished finished 5th in our 11 team league in the Gold level competition, just missing out on cash prizes by two points. Two points we could have had if Rooney had played just 60 minutes vs Everton. Congratulations to LFC Ballers and Green Chile FC for finishing joint 1st and to Red Dragon FC and Jerseyacs for finishing joint 3rd. The $80 cash prize will be split accordingly between those four teams.