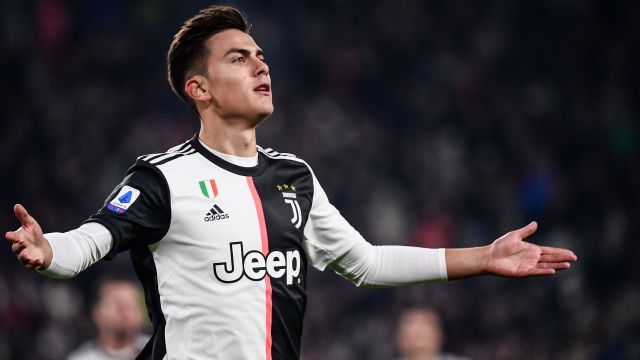 Juventus forward Paulo Dybala has been offered to six different Premier League clubs, according to 90min.

Dybala joined Juventus from Palermo in 2015. Since then, he has made 238 appearances, scoring 96 times in all competitions. Under former manager Maurizio Sarri, he shone, winning Serie A Player of the Season as his side won a ninth successive league title.

However, under new boss Andrea Pirlo, the Argentine has struggled for form, netting just once in a 4-1 away win against Ferencvaros. He often finds himself competing with Spaniard Alvaro Morata for a starting berth.

And now it looks like the Turin side are ready to let him go, with six Premier League sides reportedly offered his services.

According to 90min, each of English football’s ‘big six’ has been contacted by Dybala’s representatives.

This is not the first time that the 27-year-old has been linked with a move to the Premier League. Tottenham Hotspur and Manchester United were both close to signing the player in the summer transfer window of 2019, with Juventus’ sporting director meeting with Spurs’ officials to finalise the deal. However, Dybala opted to stay at Juventus for another season.

Although, 90min reports that the attacker is now open to a move to England.

Since the 2019 transfer saga, Tottenham have lost Danish playmaker Christian Eriksen to Inter Milan. With Gareth Bale and Carlos Vinicius set to return to their parent clubs at the end of the season, Jose Mourinho could be left with a gap to fill. Dybala’s ability to play as an attacking midfielder, on either wing and upfront make him an enticing option.

The arrivals of Bruno Fernandes, Donny van de Beek, and Edinson Cavani – coupled with the emergence of Mason Greenwood – make it unlikely that Manchester United will be back in for the Juventus man. A move from Chelsea also seems improbable, given that they invested heavily in their creative areas last summer, bringing in Kai Havertz, Hakim Ziyech, and Timo Werner.

Any potential switch to Manchester City could be dependent on the future of Compatriot Sergio Aguero, who is out of contract in the summer. Meanwhile, the impressive start made by Diogo Jota could rule out a transfer to Liverpool.

The side who needs him the most at the moment are Mikel Arteta’s Arsenal. The Gunners have looked completely devoid of creativity this season, scoring just ten times in their opening 11 games, with talisman Pierre-Emerick Aubameyang bagging just twice. Dybala could be the man to spark a revival at the Emirates.

Dybala’s current contract at Juventus expires in July 2022, meaning that he could be available for a knock-down price next summer if he doesn’t sign an extension.