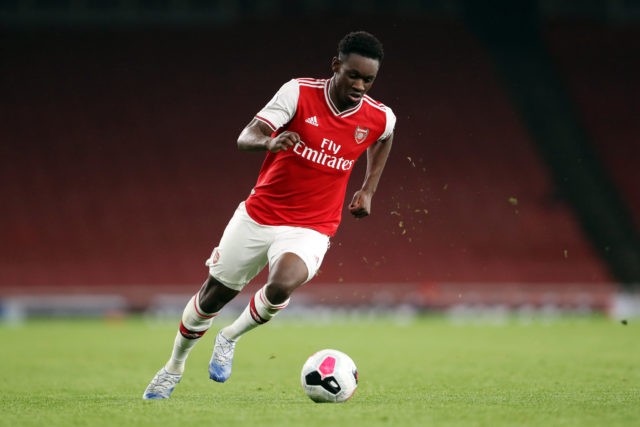 Sheffield United believe they can strike a deal with Arsenal for Folarin Balogun before the summer transfer deadline, Yorkshire Live reports.

The Blades have signed seven players during the current transfer window, but Oliver Burke has been the only attacking reinforcement for them.

Earlier this month, the club failed with a bid of £3m plus add-ons for Balogun and manager Chris Wilder followed to confirm the interest in the young striker publicly.

They are yet to make a fresh offer, but it is reported that the club are optimistic over a deal after CEO Stephen Bettis held positive discussions with the Gunners’ hierarchy.

Wilder is keen on adding a new striker to the squad in the near future, particularly with Lys Mousset likely to be sidelined for sometime after an operation for a toe ligament injury.

Balogun has yet to make his competitive debut for the Gunners and that has contributed to his decision to decline a new contract beyond next summer.

Despite this, the north London side are in no rush to part ways with Balogun and they are reportedly holding out for a significant fee of around £15m.

Aside from the 19-year-old, the Blades have also made an approach for Rhian Brewster of Liverpool, who has been unable to break into Jurgen Klopp’s plans.

It has previously been reported that the Reds could sanction the sale of Brewster for £20m, provided they are able to agree on a buy-back clause.