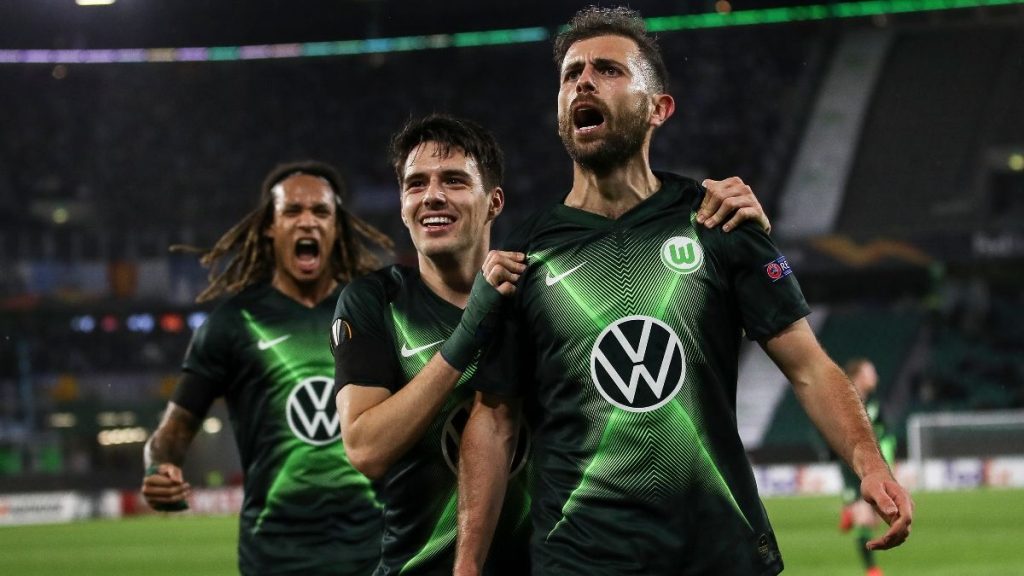 Sevilla are set to lock horns with Wolfsburg in the Champions League on Tuesday at the Ramón Sánchez Pizjuán Stadium.

Watch and bet on Sevilla vs Wolfsburg live on Tuesday, 23rd November at 9:00 pm (BST) at bet365>livestreaming>football.

Sevilla enter this contest on the back of a 2-2 draw against Alaves in La Liga. Lucas Ocampos and Ivan Rakitic earned their names on the scoresheet but strikes from Victor Laguardia and Joselu meant spoils of the game were shared last weekend.

Meanwhile, Wolfsburg also couldn’t secure full points from their previous Bundesliga encounter against Arminia, with the game ending in a 2-2 draw.

Sevilla have been very disappointing in the Champions League this season. They lost one match and suffered three draws in their previous four games in Europe. The Spanish outfit are currently at the bottom of the rankings with only three points to their name.

Meanwhile, Wolfsburg are third in the group with two points ahead of their opponents on Tuesday. The German side won their previous Champions League match against RB Salzburg by 2-1. They have won three of their previous six games across all competitions.

Here are the latest betting odds for Sevilla vs Wolfsburg from bet365:

Sevilla have done well under Spanish boss Julen Lopetegui in La Liga and are currently sitting third in the table. However, they haven’t been able to replicate their league form in the Champions League.

Wolfsburg claimed an impressive 2-1 victory over RB Salzburg in their previous match in Europe. They also boast quality players in their ranks and should be able to provide a good contest on Tuesday. However, Sevilla look more likely to edge past Wolfsburg at the Ramón Sánchez Pizjuán Stadium.

How to watch Barcelona vs Benfica Live Stream