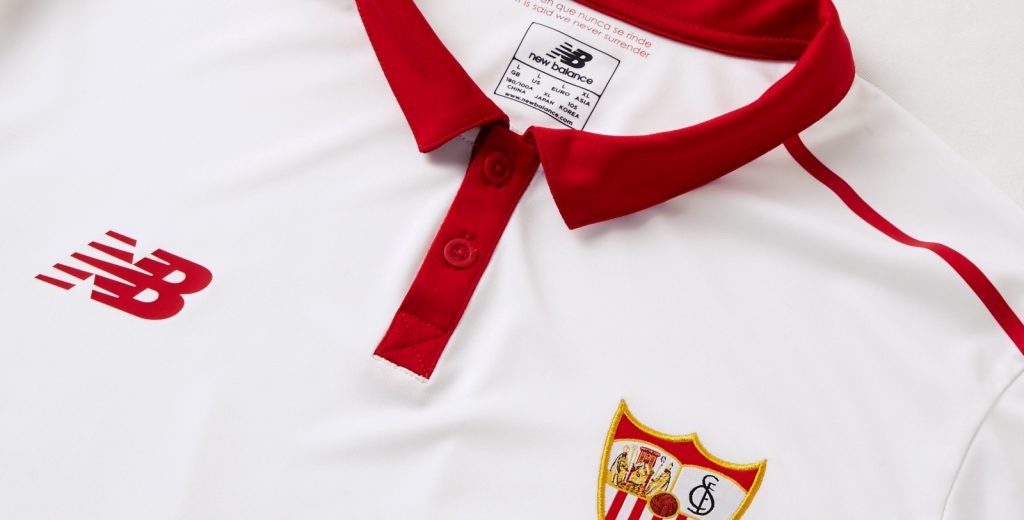 The new Sevilla 2016-17 home kit was launched on 16th May 2016. It has been manufactured by New Balance, an American based company who also design kits for Liverpool FC, Celtic FC, FC Porto, Stoke City and national football teams, Costa Rica and Panama.

The 16-17 Sevilla home kit has been launched as part of the ‘Miedo a Nada’ (Fear Nothing) campaign for the 2016-17 season, which gives insight into the Club’s fearless approach to the new season, their desire to reach the pinnacle of La Liga and to compete in Europe.

Sevilla didn’t enjoy a great 2015-16 domestic campaign, finishing 7th in the league, but have done well in cup competitions, as they made it to the Copa del Rey and the Europa League finals respectively.

.@SevillaFC are constantly looking to raise their game. Get closer to the detail in the new 16-17 home shirt. pic.twitter.com/byuTFkSp9x

In fact, the brand new Sevilla 16-17 home shirt will make its debut against Liverpool FC in Basel on 18th May, when they face the Reds in the Europa League finals.

The 2016-17 Sevilla home jersey has been developed using NB Dry technology, a moisture wicking fabric that helps keep players cool and dry whilst wicking sweat from the body, making it fast drying. Laser cut and bonded eyelets placed below the arms support airflow around the body.

Richard Wright, General Manager of New Balance Football said: “Our R&D team has worked tirelessly to create an innovative home kit forSevilla. No matter where they are playing, the laser cut eyelets for improved ventilation, body mapping and NB Dry fabric used will giveSevilla the winning edge – opponents will fear to play them next season. It’s fantastic to see Sevilla in a European Final for the third year running and we’re excited to see them debut this new home kit on such a big stage.” 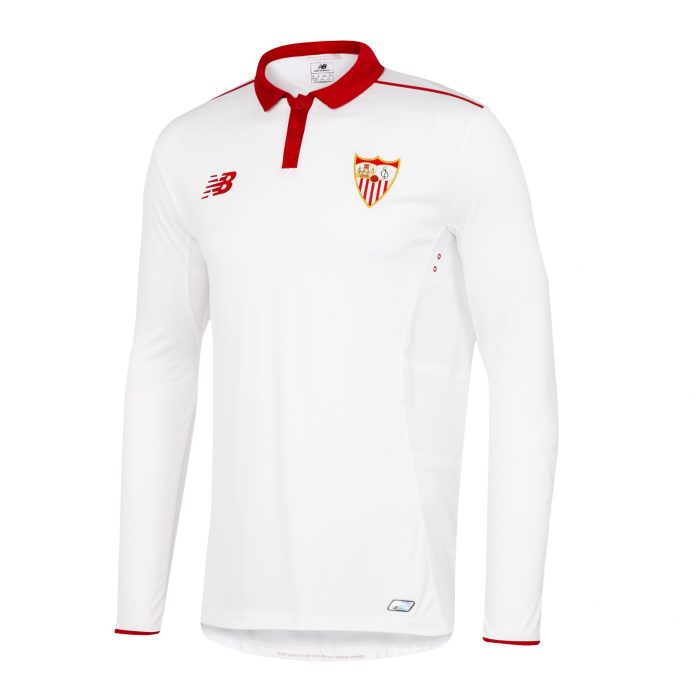 The Sevilla 2016-17 home kit has been designed on a bold white base with heat transfer bonded Pompeian Red stripes following the lines of the shoulders.

The white jersey also features Pompeian Red cuffs, a fold-over collar and button placket giving the shirt its timeless look. A full-colour woven club crest has been stitched on the chest signifying club pride while the team’s original crest sits proudly at the rear nape of the neck. 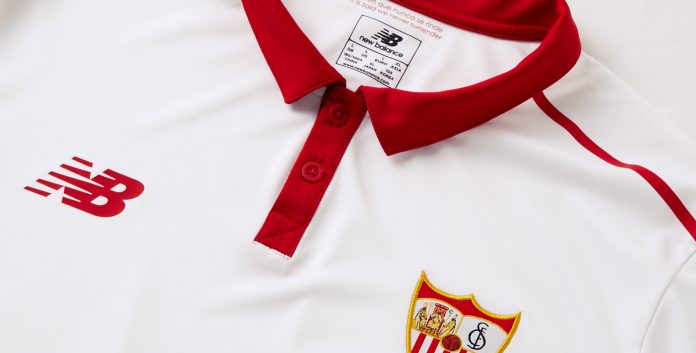 Sevilla Captain José Antonio Reyes commented on the new Sevilla 16-17 home kit: “It’s always a great honour to represent Sevilla FC on the pitch and to wear the Club colours. The team really like this new home kit, and it feels great. We’re excited to debut it in Europe in the Final and we look forward to wearing it next season.”

The goalkeeper kit is constructed with engineered NB Flex fabric panels to offer a greater range of movement. The home goalkeeper kit features an Impulse Orange body with black and white shoulder detailing.