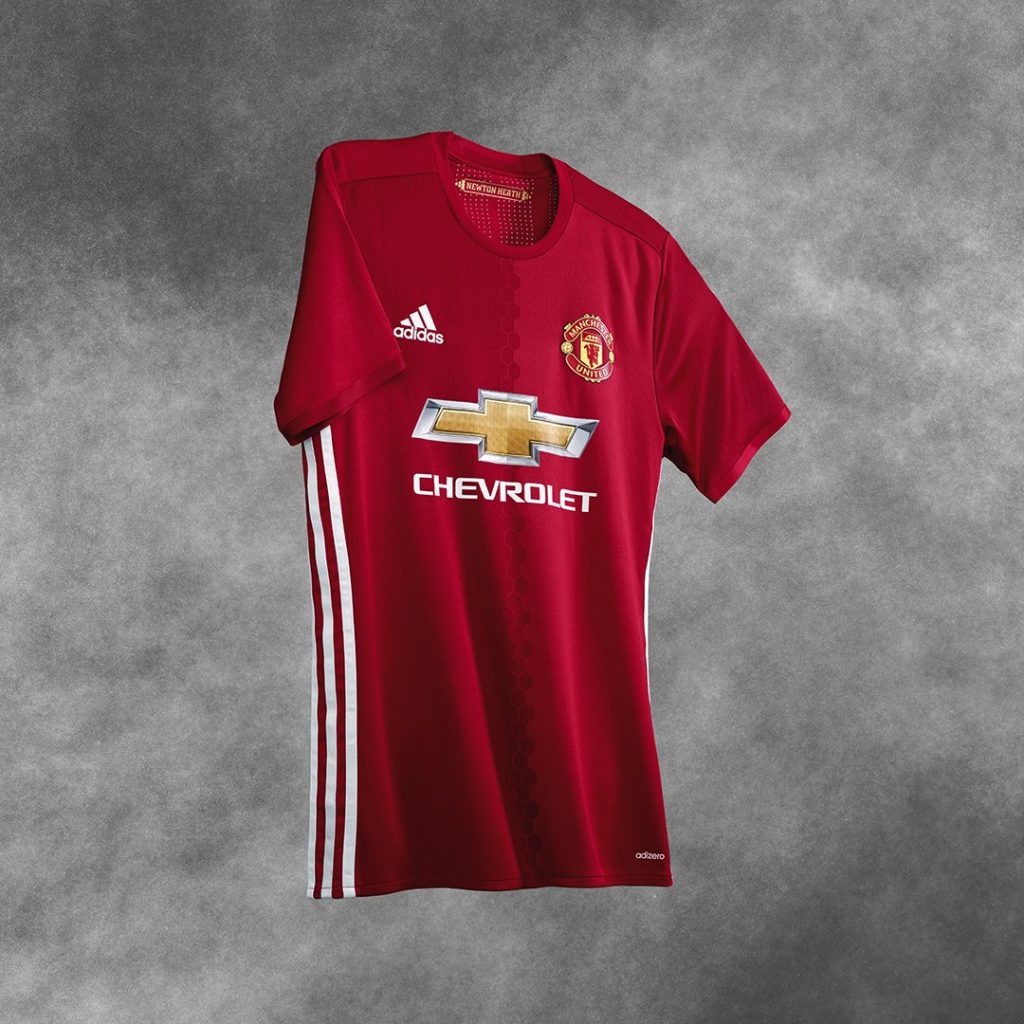 The Red Devils have officially revealed the brand new Manchester United 2016-17 Home Kit on Saturday. The 16-17 home kit has been sponsored by Adidas.

Manchester United’s new home kit for the 2016-17 season has been inspired by the club’s early years as Newton Heath Lancashire and Yorkshire Railway Football Club.

In the second year of Adidas’ £750m record-breaking kit deal with the Red Devils, Adidas has taken cues from the club’s illustrious history, with a two-tone red-split design resembling the green and yellow divide found in the Newton Heath kit of 1878.

Manchester United explains the decision behind the new 16-17 kit:

The official coat of arms for the City of Manchester was the basis behind the idea for the honeycomb graphic that knits together the two red block designs on the shirt. It was inspired by the worker bee which appears in the crest and originates from the Industrial Revolution, in which Manchester played a significant role.

The strong work ethic of the city is also part of the club’s DNA, instilled in the players whenever they pull on the red shirt and represent the club.

The new 2016-17 home kit will be officially launched in China. It will be worn on the pitch for the first time when the Red Devils take on Manchester City in Beijing on Monday 25 July.

Made by Adidas and featuring Chevrolet as the sponsor, the new kit comes with a modern collar, the brand’s iconic three stripes are positioned on the side of the Manchester United 16-17 home shirt, and featuring white shorts and black socks, both based on Adidas’ new Euro 2016 kit templates.