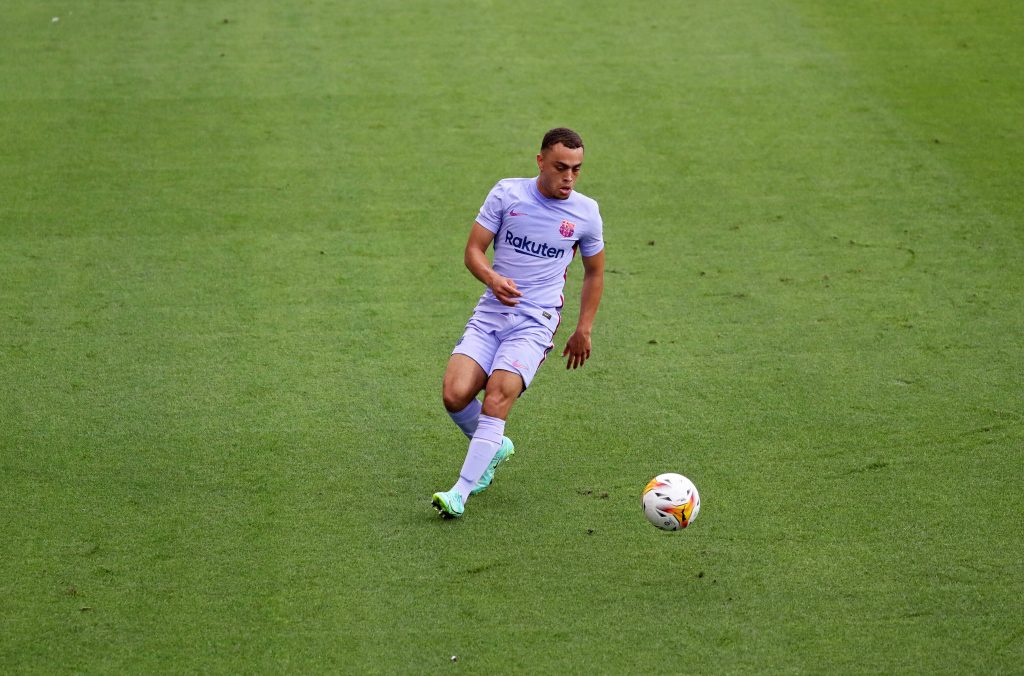 Sergino Dest has decided to stay put and fight for his place in Barcelona’s starting line-up despite Arsenal’s attempts to lure him to the Premier League.

According to ESPN, the United States international has turned down the Gunners, Bayern Munich and Borussia Dortmund and fancies his chances at Camp Nou.

Barcelona paid Ajax around €20 million last September to land Dest, tying the right-back down to a five-year contract.

The 20-year-old quickly established himself as a first-team regular under Ronald Koeman, mainly due to Sergi Roberto’s long-term injury.

During his first season in La Liga, Dest made 30 top-flight appearances, scoring twice and assisting once.

The Catalan juggernauts are well-stocked at right-back, with Roberto, Emerson Royal and Oscar Mingueza also staking their claim for a regular starting berth.

Despite Barcelona’s immense financial struggle, they have no intent on moving the prodigious youngster on.

Arsenal and Bayern were hopeful of taking advantage of the Spanish’s side situation to wrap up a deal for Dest, but they will have to look elsewhere in their pursuit of a new right-back.

The Gunners sounded the player out on the prospect of moving to the Premier League but received a negative response.

They are preparing for life after Hector Bellerin, who is increasingly likely to leave the Emirates Stadium in the coming weeks.

Heavily linked with a move to Inter Milan, the 26-year-old is trying to force his way out of London, having spent his entire senior career at Arsenal.

With Bellerin’s likely departure, Arteta will only have Cedric Soares and Calum Chambers as his options at right-back.

Although the Portuguese defender has done a fine job since arriving as Bellerin’s back-up option 18 months ago, the English giants want someone younger to occupy the spot next term.

Arsenal signed Nuno Tavares from Benfica earlier in the summer, but the teenager is more comfortable playing on the left flank.

He is likely to play understudy to Kieran Tierney, and the Gunners remain in the market for a new right-sided defender.