As The Gunners glow over their most complete performance as a unit in years, answers are being sought as to how Arsenal managed to pull off one of their greatest results of recent times with a 0-2 victory versus Manchester City at the Etihad.  The victory was one thing, but to keep a clean sheet in a big game that Arsenal were just too naive previously to accomplish, marks quite a moment for the club and their frustrated faithful. It also demonstrates what the North Londoner’s fans have been crying out for Arsene Wenger to at least attempt. How Arsenal attained the most unlikely of victories was down to the whole team display as one man to another, but one individual in particular – much derided this campaign – was instrumental in their glory.

Before the game, the clash was billed as Alexis Sanchez versus Kun Aguero; Chile versus Argentina; the battle of the two South Americans. However by the time the final whistle blew on Sunday evening, two very different heroes stood tall, both emblazoned in the red and white of Arsenal. Francis Coquelin had by far and away his best outing for The Gunners who until events at the Etihad had been a promising player but otherwise looked like another Wenger failure, who was simply not bullish enough to play the defensive midfield role, as was clear with his recent loan spell at Charlton Athletic.

On Sunday, Coquelin was simply there. He was the first line of defence and also the last. The Frenchman blocked everything. He kept David Silva mouse-quiet. Without wanting to take away from what was a sterling performance from Coquelin, Santi Cazorla outshone everyone on the pitch. The little Spaniard was mesmeric and was the string to the Arsenal bow. It also should also now put an end to a diffcult spell for Cazorla in an Arsenal shirt. So how has Santi got his swing back?

Since arriving at The Emirates from Malaga in 2012, Cazorla had turned out impressive performances week in, week out during the 2012/13 season. Cazorla, often regarded as Spain’s forgotten man amongst the midfield pool of talent the likes of which included Cesc Fabregas, Xavi, Andres Iniesta, David Silva and Juan Mata was a coup for Arsenal and a steal at the price tag of sub £15m, with Malaga’s financial difficulties. In over 3000 minutes of domestic action, the Spaniard scored 12 times and assisted 13, alluding to his all-round contribution to The Gunner’s Arsenal. The following season Cazorla started equally well but tailed off and the stats suggested as much – albeit playing 700 odd minutes less than the previous term – scoring just four times and assisting double that.

Pre-World Cup last summer, there were rumours of Cazorla’s discontent at Arsenal, inspite of their FA Cup win and it showed on the field, in his sufferance of his near unbreakable smiley disposition – to outsiders at least. There were strong indications he would be departing for his native Spain and La Liga champions Atletico Madrid, but such a move never materialized. Despite his staying in North London, the start of this campaign has been a troubled one for the then 29 year old. In the opening 12 games of the season, Santi failed to score and only assisted on a single occasion. It underlined Arsene Wenger’s charges’ struggles. But more pertinently, something was very wrong with the Spanish wizard. 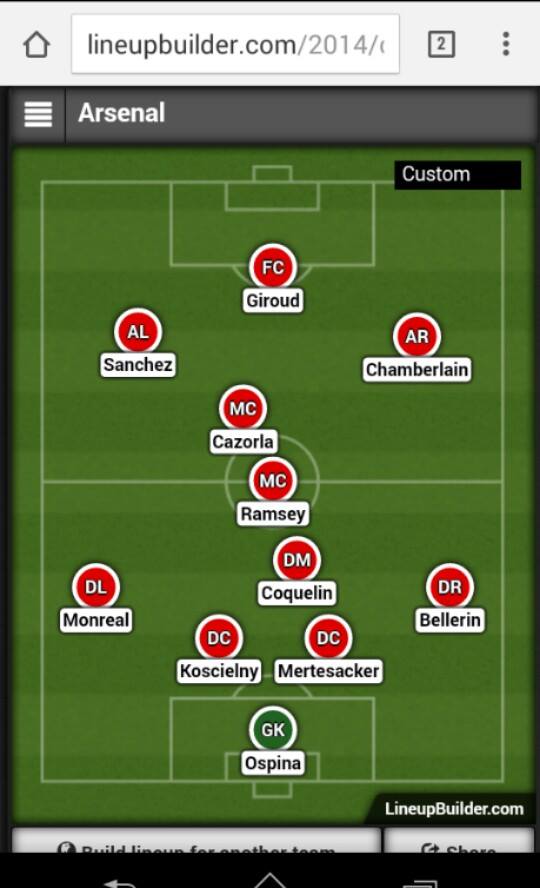 As Wenger’s headaches grew with the treatment room once again filling up – despite the inclusion of German international physio coach Shad Forsythe – with Mesut Ozil, Aaron Ramsey, Mikel Arteta, Jack Wilshere and Theo Walcott all absent in midfield, Arsenal had to often utilize makeshift systems in that department. In football, it is often that a suitable role is discovered through sheer misfortune and it appears Cazorla has been the benefactor in this instance. Much like Juan Mata’s role at Chelsea evolved and now Manchester United, Cazorla was shifted from a spot on the left of three attackers to a more central role, but further behind a typical number 10 position. Arsenal have almost adopted a 4-1-1-1-2-1 system, with Cazorla at the tip of a diagonal line of three in central midfield which, with Alexis Sanchez and Alex Oxlade-Chamberlain in the wide areas, affords Cazorla more room to manoevre.

Such a departure for not only Cazorla’s but Arsenal’s game as whole has played handsomely into the Spaniard’s hands. In his new deeper position, Cazorla is allowed to dictate play more and adhere to his obvious strengths with the ball at his feet. Not only that, he his afforded more possession by cutting off attacks in the opposing final third. Cazorla’s adapted role speaks volumes statistically. Since the defeat to Manchester United in late November, the former Villarreal man has scored five times and assisted four more. The pressure appears to off the diminuitive midfielder and Cazorla seems to be enjoying his football again. With Arteta’s further absence and having assumed penalty duties, the goals are likely to continue to flow also

Having just turned 30 last month, Santi Cazorla seems to have turned a corner not just numerically, but from his own game’s point of view. With Cazorla’s tour-de-force performance versus the Citizens on Sunday, it should signal the end of a tricky time for the man affectionately nicknamed ‘fatty Maradona’ by teammate Wilshere. Indeed Arsenal will hope his performance versus City was not a one-off and that in his new found niche in Arsenal’s oft-derided setup, there is much more to come from Cazorla.