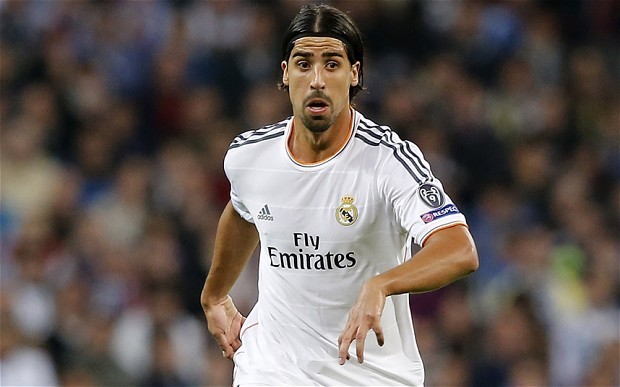 Sami Khedira’s future at Real Madrid looks set to be over. The German World Cup winner has hardly played this season for the Spanish giants and it looks like that he is set to switch loyalties in the coming summer transfer window. The 27 year old has played in just 13 appearances and the arrival of Lucas Silva in January has seen him fall further back in the pecking order.

With Luca Modric now back to full fitness and Toni Kroos pulling the strings in midfield, you simply don’t see a slot open for Khedira, a player of his stature who would easily walk into the starting eleven of any other European club.

We had reported earlier that Khedira was linked with a move to Bayern Munich with reports claiming that an agreement had taken place. However the player responded by saying, “I have no agreement with any Bundesliga club. My future should be decided yet, I have many options open.” Another Geramn club Schalke are also heavily linked with the player

According to reports from Portuguese media outlet A Bola who have cited German daily Kicker, it appears that Khedira is now open for his future talks. The recent developments would come as great boost for both Arsenal and Chelsea who have been heavily linked with the midfielder since the summer.