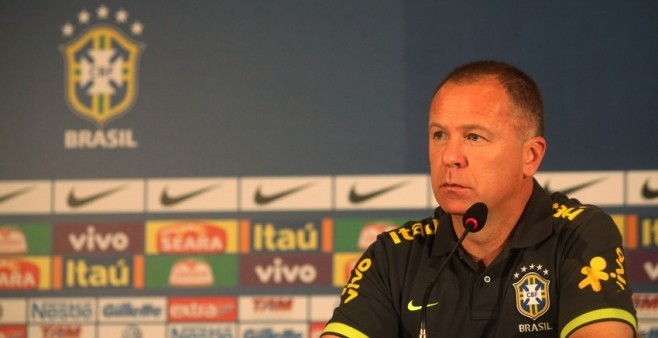 It is difficult to comprehend quite the extent to which Brazil demands World Cup success in 2014. There are two new stadiums being built, four rebuilt and six upgraded at a total cost of £550 million. Other infrastructure is being improved at a cost of £3.5 billion.

Losing in the final would be considered a disaster. But simply having the greatest show on Earth on the doorstep does not guarantee success.

The last time the country hosted the tournament in 1950, the final was lost to Uruguay in front of 200,000 adoring fans in the Maracana despite being 1-0 up and overwhelming favourites. The day before the game newspapers had led with the headline:

“Tomorrow we will win the World Cup”

In a country that assumes footballing victory, the reaction was incredible. Brazil entered a state of mourning, whilst media outlets produced footage of the final altered to showcase an alternate, more satisfying ending.

With such a desire for victory, it would not have been surprising if Mano Menezes had been sacked after the quarter final exit to Paraguay in the Copa America last year, or after defeat at the hands of Mexico at the Olympics in August.

Since then, however, the Verde-Amarela had responded under Menezes’ stewardship. The country’s last eight games have seen seven victories (admittedly often over weaker opposition), including last week’s Superclasico de las Americas win against old foes Argentina. Menezes’ sacking last Friday therefore instead hints at an added difficulty in managing the Selecao.

Brazilians, it becomes clear, have additional demands for their national team. Winning tournaments is the assumption, but playing with a style adherent to the country’s culture is also necessary.

A victory is considered inglorious if it is without a satisfactory level of flair, skill and class, an alien concept for English fans simply craving success by any means. Clearly this is the mindset hardwired by multiple successes on the global stage, but it creates a dangerously idealistic goal.

The President of the CBF is the guard of such a philosophy. Jose Maria Marin was appointed to the role in March 2012, and as a Sao Paulo player at the time of the 1950 defeat is more aware than most of the pressures facing Brazil in 18 months’ time.

After twelve years without even a World Cup semi final participation, a country is clamouring after triumph. One feels for Menezes, but Marin did not select the coach. This was not his man, and the President has made his imprint on the road to Rio.

Coaches, however, are not miracle workers, and a team is little more than a sum of its parts. Brazil’s squad is inexperienced, thrust into forced maturity by the demands of the situation. This is a talented group, but the pressures of a World Cup demand more than simple aptitude.

Furthermore, Neymar aside the superstars of previous campaigns are not present. A Brazilian has not featured in the World Player of the Year top three since 2007.

A demand from the federation to win every competitive game for the next two years. A public desire that victory will be achieved with a degree of majesty. A young squad; striking hopes pinned on a 20 year old. And a World Cup on home soil for the first time in 64 years. Menezes’ replacement may be taking on the toughest job in world football.