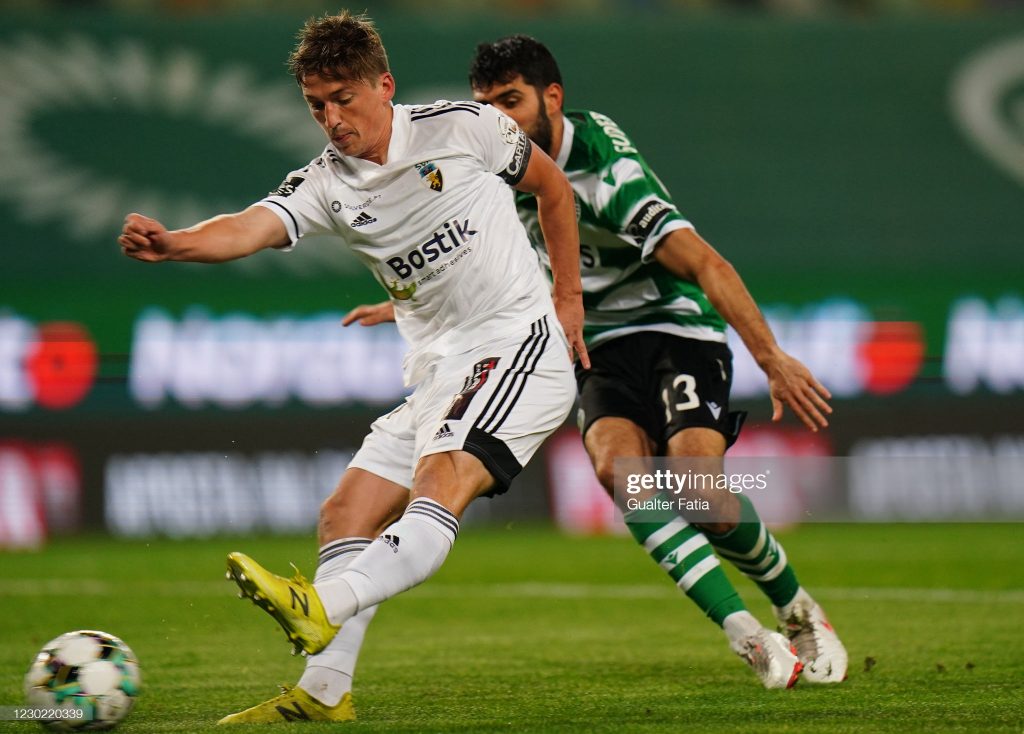 Ryan Gauld was dubbed a “Mini Messi” as a teenager, but things did not exactly go to plan when he moved to the Portuguese capital.

The Messi comparisons arose when Gauld broke into the Dundee United first-team at just 16 years of age in 2012.

Two years on, Sporting Lisbon came calling and even entered a release clause of €60 million into his contract.

The move led to massive expectations placed on him back in the United Kingdom, but his time in Lisbon did not get off to the easiest of starts.

It is fair to say that Gauld had his work cut out – Sporting’s midfield at the time was made up of Adrien Silva, William Carvalho and João Mário.

All three players helped Portugal win the 2016 European Championships, and, unsurprisingly, Gauld spent the majority of his time either in the ‘B’ team or out on loan.

He later alluded to his discontent with how he was treated by the club, mentioning his loan spell at Vitória Setúbal in 2016/17 being cut short due to a disagreement between the two clubs. The result of this was being dropped straight back into the ‘B’ team.

Fast forward to 2019, and Gauld had just one year left in his Sporting contract, but he was determined not to give up on his time abroad.

He decided to move to second-tier side Farense, where he had previously spent time on a two-year loan deal.

Although his first season as a Farense player was cut short by the coronavirus pandemic, Gauld helped the team to their first promotion to Portugal’s top tier for 18 years, which came as they were declared runners-up when the season was terminated last May.

Gauld finished the campaign as Farense’s top goalscorer and was also awarded the LigaPro Player of the Season. These exploits have made him a fan favourite at the club, and he has since been made captain.

The Scotsman seems to be reacting well to this added responsibility, and he has eight goals and six assists to his name in this league campaign.

Gauld has also said that one of the keys to his excellent performances has been the lack of injuries disrupting his rhythm. He rarely managed to put together a run of games without being plagued by injury before moving to Faro.

Farense, who currently sit second-bottom of the Primeira Liga, will need their captain to continue his impressive form if they are to remain in the top flight next season. With five games to play, they are four points from safety.

At the age of 25, Gauld has not yet lived up to the hype surrounding him during his younger years – but he is certainly on the right path now.

With Scotland having qualified for this summer’s European Championships and with Gauld yet to make his senior debut for his country, could a successful end to the season in keeping Farense up see him in with a shout of a call-up?