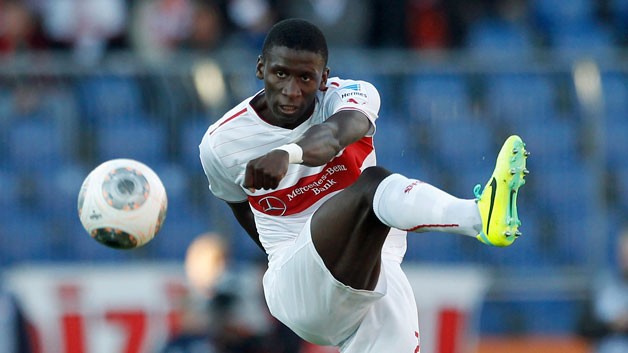 According to German newspaper Stuttgarter Zeitung, Chelsea are set to offer 7 million pounds for the services of defender, Antonio Rudiger.

The 22 year old centre back has been in great form for the German outfit this season and has been linked with moves to Arsenal and Manchester United as well. The Germany international is an Arsenal fan and it is believed that he would jump at the chance to join Arsenal.

With Arsenal not following up on their interest, another London club has decided to make the move for Rudiger. Chelsea manager Jose Mourinho is keen to add to his centre back options for next season.

With Terry nearing the end of his career and Cahill’ suspect performances at times this season, Mourinho is keen to sign a new centre back.

Rudiger’s contract situation means that the German defender is an ideal candidate.

The Stuttgart man has a clause in his contract that allows him to join Champions League clubs for 7 million pounds.

The German is out of contract is 2017 and is keen to find a new club now.

The player’s agent Benjamin Ippoliti said recently: “Many clubs have approached us to learn more about Antonio, including FC Porto, AS Monaco, West Ham and several British teams.

“The player has a contract with Stuttgart until 2017, so any interested club will first have to speak with the club and only after that will we begin to evaluate our opportunities.”

Rudiger is a strong and athletic centre back with great positional sense. Only 22, the German is likely to develop under the defensive coaching of Jose Mourinho. With the price quoted, most clubs should be all over the young defender.

If Chelsea manage to pull it off, it would be quite the coup for Mourinho and Chelsea and would further establish the point that Chelsea are one of the best when it comes to transfers.