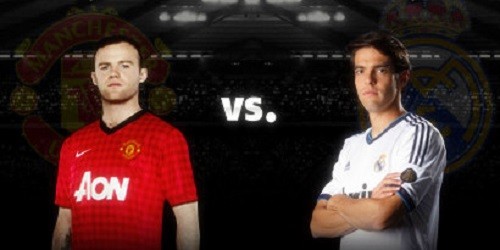 Finally, the day is here when the world will stand still for 90 minutes to watch Real Madrid take on Manchester United at the Old Trafford. At the moment, Madrid are behind in the tie as United came have a crucial away goal advantage from Bernabeu.

This Round of 16 return leg will not only see two of the best teams in the world in their best forms compete each other but also, it will be the first time Cristiano Ronaldo return to his former home.

There has been nothing but praise coming out from Alex Ferguson’s camp about the Portuguese international. Jose Mourinho was onto them and he told the reporters:

“I think he’ll be fine, but I wish they had told Cristiano unpleasant things instead of compliments.”

Both Real Madrid and Manchester United have been in exceptional forms domestically. Since the start of 2013, Madrid has played 15 matches and lost only once and drew four. Whereas United has not lost a match since their home defeat against CFR Cluj in the final Champions League group game on 5th December.

The interview is brought to you courtesy of @bwin.