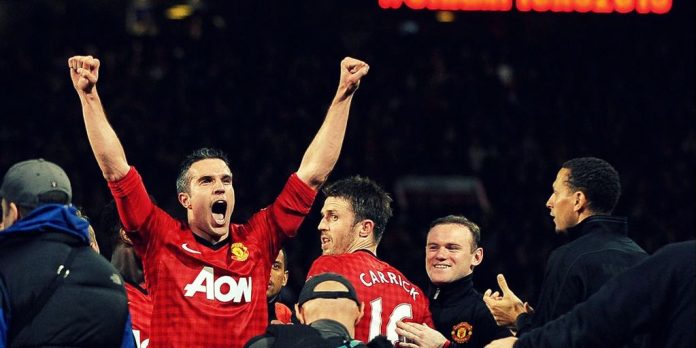 Arsenal take on Manchester United this Sunday in a massively important game for the Gunners. Arsene Wenger’s men are caught in a battle with London rivals Chelsea and Tottenham for a place in the Premier League’s top four, and go into the weekend fixtures with a slim advantage. However, with United coming to the Emirates, an interesting sub-plot presents itself in the fact that it is Robin van Persie’s first return to the north London club since leaving last summer.

Wenger will urge his team to treat the game as the most important thing, and forget about individual rivalries with a former player. With only a point separating Arsenal and Chelsea, with Spurs a further point adrift, the Gunners could well drop from third place to fifth should they suffer their fourth straight defeat at the hands of Sir Alex Ferguson’s men.

However, it is almost impossible to ignore Van Persie’s presence. The Dutch forward scored a hat-trick to clinch the title for United against Aston Villa on Monday night, and in total has netted 24 league goals this term.

The likes of Laurent Koscielny and Thomas Vermaelen will need to watch their former team-mate for the entire match, or he could put a serious dent in his ex-employer’s top-four ambitions.

Wenger has stated this week that Robin van Persie will be shown respect in the game, given that he played for Arsenal for eight years.

“We will respect the players that have played for us a long time as we always have done and treat them well before and after the game.

“What I want is for us to have a good game and to beat them, it doesn’t matter what kind of status they come with.”

United’s Premier League achievement means that Arsenal players will clap their opponents onto the pitch, which is a gesture that may well incite the home crowd. The nature of Van Persie’s departure in the summer means that the home faithful will still have unhealed wounds.

The Netherlands international may well get respect from Wenger and the Arsenal players, but the crowd is likely to give him a frosty reception.

Robin van Persie’s reasoning that he left Arsenal to challenge for silverware has been vindicated in United’s domestic triumph this term, however Gunners fans will still see the attacker as a deserter.

The problem is that Arsenal supporters have become accustomed to seeing their best players sold on by the club, and that is what will hurt when they watch Van Persie stroll onto the pitch in the red of United this Sunday.