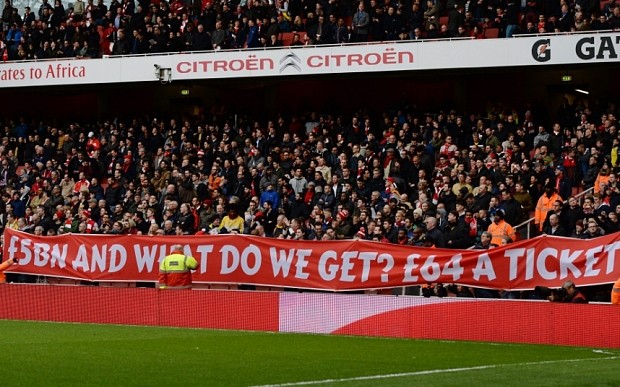 Imagine you are in London. The breeze is flowing and a sunny afternoon awaits as you plan to watch your favourite club in action later in the day. Suppose you are off to Stamford Bridge to watch Jose Mourinho’s antics on the touchline, it will cost you a cool £52 if you have the cheapest matchday ticket tucked tightly up your sleeve.

If Emirates is your itinerary, be ready to splash close to £97 if you are to surprise your younger brother with the most expensive matchday ticket. You might wonder where I am getting the figures from. BBC’s Price of Football Study for 2015 certainly throws up some startling facts.

The report reveals that the cheapest match-day ticket in the Premier League has surpassed £30 with 11 clubs contributing to the surge in rates. It has resulted in a rise of 6.54% with the average price rising from £28.80 to £30.68. 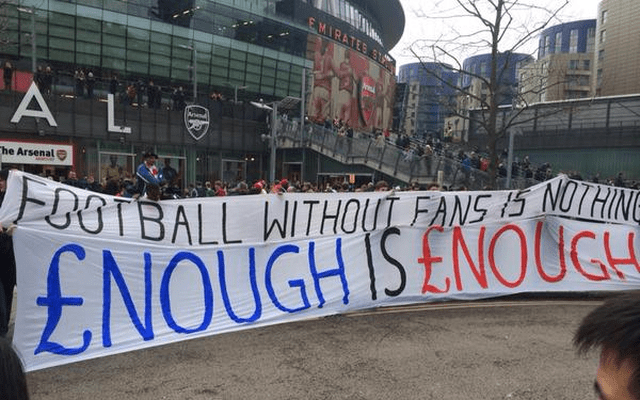 The cheapest and the most expensive season tickets have also rose by 1% to £513.95 and £886.21 respectively. The study also gathers prices for in game beverages and food and also away tickets across the United Kingdom. Replica shirt prices have also shot up 4.8% year on year. Thus, if you are to gift you cousin a home kit from the club shop be prepared to shell out close to £50.

BBC also reports that Swansea City were the only club out of 227 in 13 leagues across the United Kingdom who declined to take part in the study.

If you are at the Etihad, a pie, cup of tea, and the cheapest adult matchday ticket will cost you £51 which effectively means that Manchester City will have to sell 13.75 million matchday pies costing £4 each in order to recoup their £55m transfer fee paid to Wolfsburg to secure the services of Belgian star Kevin De Bruyne

If you want to find the cost of following your club and how it compares with the rest of the league, use the tool provided by BBC here.

Where do you want to see your Football?

Fun Fact: Chelsea’s cheapest matchday ticket is the most expensive in the Premier League at £52. The Blues are followed by Manchester City (£42) and Liverpool (£37).