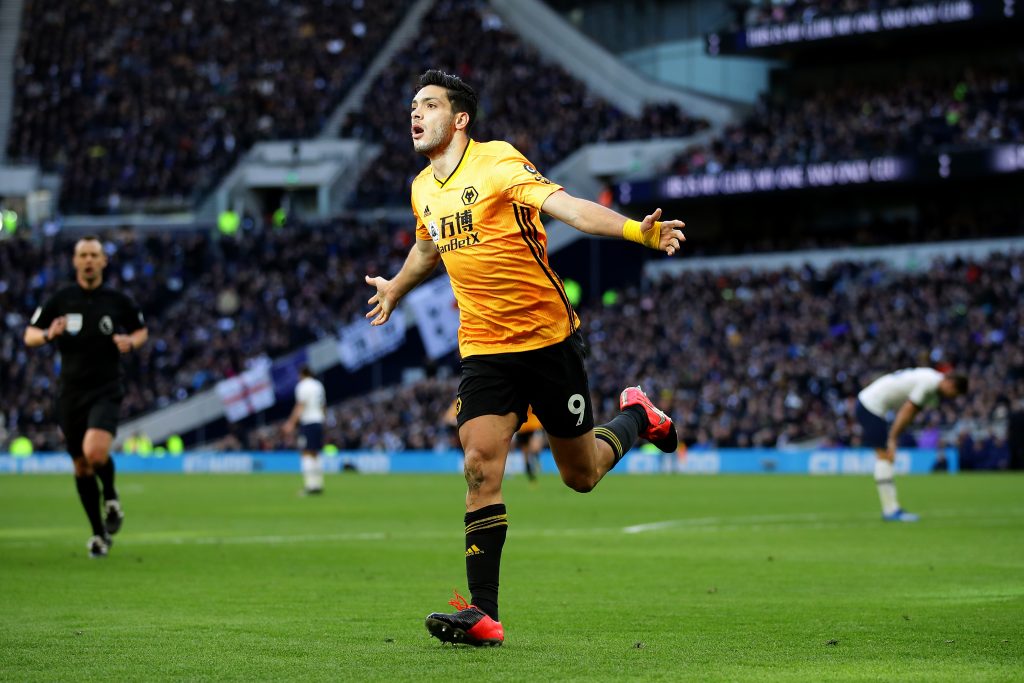 According to The Mirror, Wolverhampton Wanderers striker Raul Jimenez is looking for one last big pay-day, amid reported interest from Manchester United, Arsenal and Tottenham Hotspur.

The Mirror has claimed that Premier League giants United are interested in signing the Mexico international this summer, with manager Ole Gunnar Solskjaer ‘a fan of the striker’.

Foot Mercato has reported that Tottenham have already made contact with the striker’s representatives, while The Daily Star has credited Arsenal with interest in the 29-year-old.

The Mirror has claimed that Wolves are aware that Jimenez will be tempted by a big move, with the former Atletico Madrid and Benfica striker ‘looking for one, last, big pay-day’.

According to WhoScored, Jimenez has made 28 starts and one substitute appearances in the Premier League for Wolves so far this season, scoring 13 goals and providing six assists in the process.

The striker has also scored three goals and provided three assists in seven Europa League games for Nuno’s side this campaign, according to WhoScored.

With Harry Kane the only senior out-and-out striker on the books of Tottenham at the moment, Spurs do need another player upfront, and Jimenez would be a very good signing for the North London outfit, not just as a back-up, but also as someone who will push the England international.