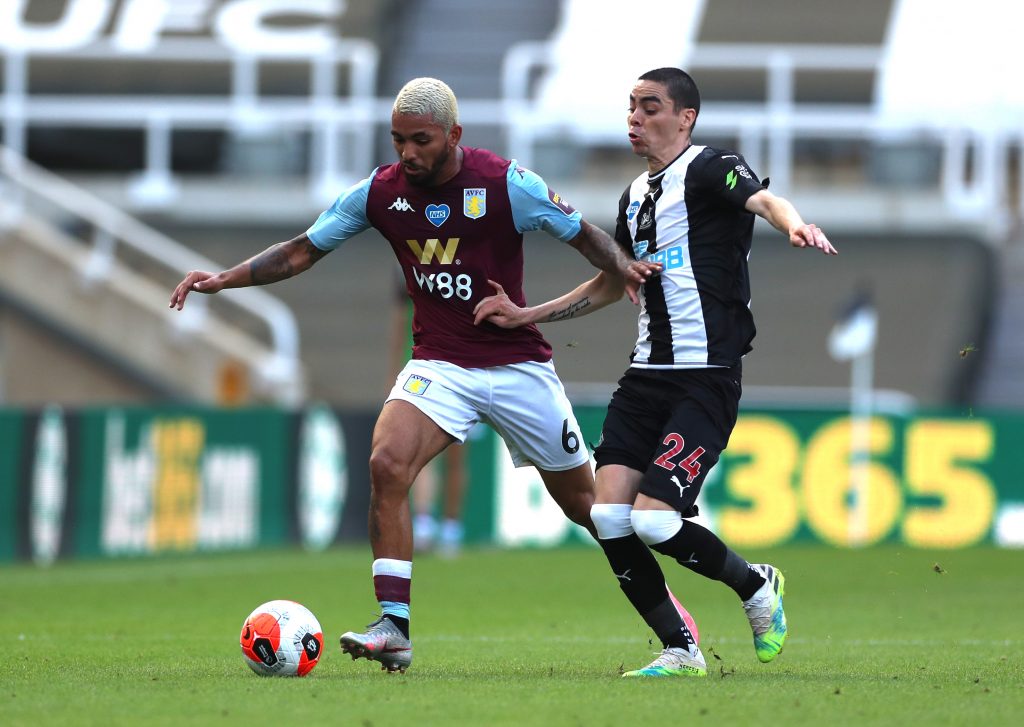 According to Bleacher Report, Manchester City may look into bringing Brazilian defensive midfielder Douglas Luiz back from Aston Villa this summer.

The 22-year-old joined the Etihad Stadium outfit from Vasco da Gama in the summer of 2017, signing a five-year contract.

However, Luiz was immediately loaned to Girona where he spent the whole season.

The UK Home Office denied him a work permit in 2018, prompting Man. City to loan him to the Spanish side again and he featured in 46 games across all competitions over both campaigns.

He joined Villa last summer subject to a work permit which was eventually granted, and has been one of their best players despite the side’s struggles.

City want more quality options in the defensive midfield department with Fernandinho approaching the twilight of his career, and reports on Luiz this season have been positive.

Manager Pep Guardiola is open to the idea of a return and was full of praises for the Brazil international last October, claiming “he has the quality to play with us.”

City have a buyback option and could happily exercise it in the coming weeks if need be.

Luiz has featured in 38 games across all competitions for Villa so far, scoring thrice and assisting twice, and he will definitely be moving on should Dean Smith’s men fail to escape the drop at the end of the campaign.

A chance to finally play for Man. City could be on the cards, and it will be interesting to see what happens.