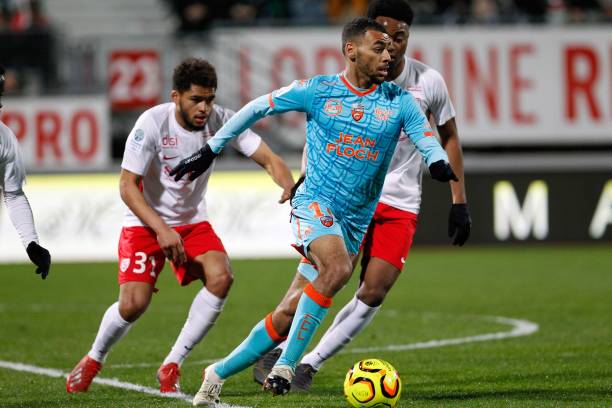 According to Get French Football News, Ligue 2 side FC Lorient have rejected an opening bid of £6 million from Arsenal for the signature of attacking midfielder Alexis Claude-Maurice.

The 20-year-old scored 14 goals in 35 league games for the French side this term, attracting plenty of suitors from Europe as a result.

However, he is keen on joining Arsenal in order to reunite with his close friend and former teammate Matteo Guendouzi.

Both were seen together during the week, and the Gunners are said to be preparing an improved bid in order to convince Lorient to part with the youngster.

Maurice can play anywhere in a three behind a striker – primarily on the left – or as a second striker, but he is more of a playmaker who excels playing exactly behind a number 9.

Lorient mainly relied on his creativity for the majority of the campaign, and he singlehandedly won some games for them.

His vision and ability to regularly carve out chances stand him out from the crowd, and he could be a long-term replacement for the ageing Mesut Ozil.

It’s no secret that cash-strapped Arsenal don’t have much to spend this summer, and securing the services of Maurice makes sense after the success of Guendouzi.