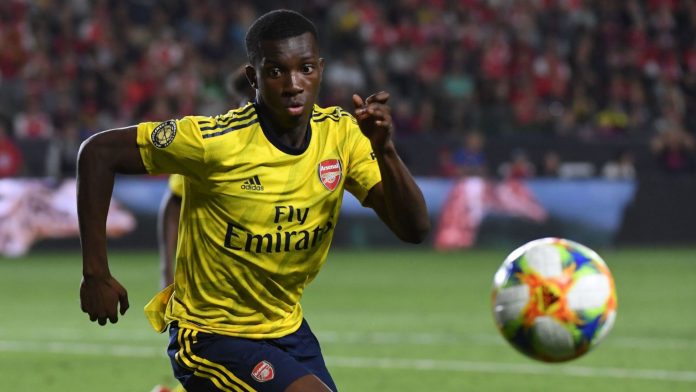 According to a report in The Telegraph this morning, Newcastle United could be interested in signing Eddie Nketiah from Arsenal in the summer transfer window.

It has been reported that Newcastle are interested in signing a striker on loan this summer.

The Magpies have asked to be kept informed of Liverpool’s plan for striker Rhian Brewster, according to the report.

The report, published at 10:39am today, has claimed that Arsenal striker Nketiah could also be of interest to Newcastle if the Gunners want to send him out on loan again.

The 21-year-old was sent out on to Leeds United in the summer of 2019, but the England Under-21 international was recalled after he struggled for regular playing time.

Going out on loan again?

Nketiah did well for the Arsenal first team in the second half of last season and got some valuable playing time.

According to WhoScored, the striker made seven starts and six substitute appearances in the Premier League for the Gunners, scoring two goals in the process.

With Pierre-Emerick Aubameyang and Alexandre Lacazette the two main strikers at the Gunners, Nketiah would struggle to play week in and week out at Arsenal next season, and a loan move to Newcastle would not be a bad idea.