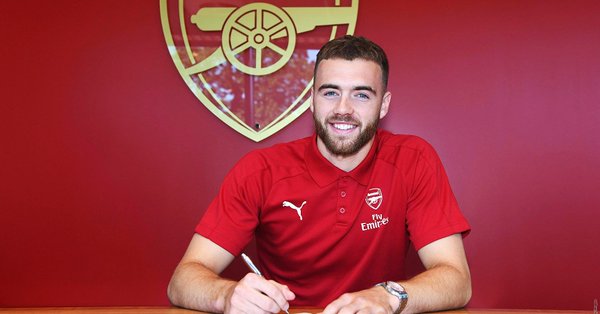 According to TEAMtalk, Leeds United, West Ham United and Newcastle United are interested in signing Calum Chambers from Arsenal in the summer transfer window.

It has been reported that Leeds director of football Victor Orta knows Chambers well, having signed him for Middlesbrough on loan from the Gunners in 2016 when he was at Boro.

The Gunners are willing to sell the 25-year-old – who can play as a central defender or as a right-back, according to the report, which has added that Fulham, West Ham and Newcastle are competing with Premier League rivals Leeds for the England international.

It has been further claimed that Arsenal want £12 million for Chambers, and have told him that he is not in their plans and can leave.

Would Calum Chambers be a good signing for Leeds United?

Chambers has been at Arsenal since 2014, but he has not established himself as a regular in the first team.

There have been injury problems for the England international, but he is a very good player who just needs a run of games to get going.

The 25-year-old needs to play first-team football on a regular basis, and under Leeds head coach Marcelo Bielsa, he will improve.

Leeds do need to sign a senior and established centre-back this summer in order to compete in the Premier League.