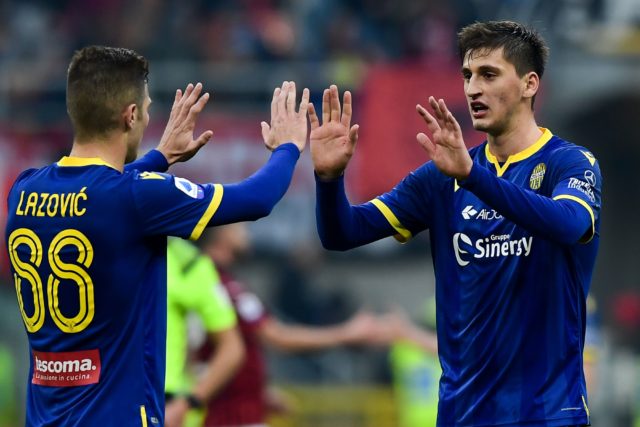 According to reports from The Mirror, two Premier League clubs – Arsenal and Everton – are interested in signing Marash Kumbulla.

The highly-rated young centre-back has been compared to Italy and Juventus legend Giorgio Chiellini. And several European clubs are vying for his signature.

The report claims that the likes of Inter Milan and RB Leipzig are also in the race to sign the Hellas Verona defender.

According to FC Inter News, all the four aforementioned clubs have made enquiries about Albania international Kumbulla.

The 20-year-old centre-back would cost in the region of 30million euros (£27m), and it remains to be seen whether any potential suitor would be willing to pay that sum for him.

Kumbulla can also operate as a defensive midfielder and has made 18 appearances in Serie A this season for the eighth-placed side.

Both Arsenal and Everton will be looking to bolster their defence in the summer transfer window, and Kumbulla would be a smart signing.

Carlo Ancelotti’s Everton have been linked with players like Gabriel and Kalidou Koulibaly. However, with most leagues across Europe suspended due to the pandemic, it is not sure when the transfer window will open in the summer.

However, the global economy has changed, thanks to the Coronavirus pandemic and it is blasphemy to think football clubs would be involved in big-money deals.