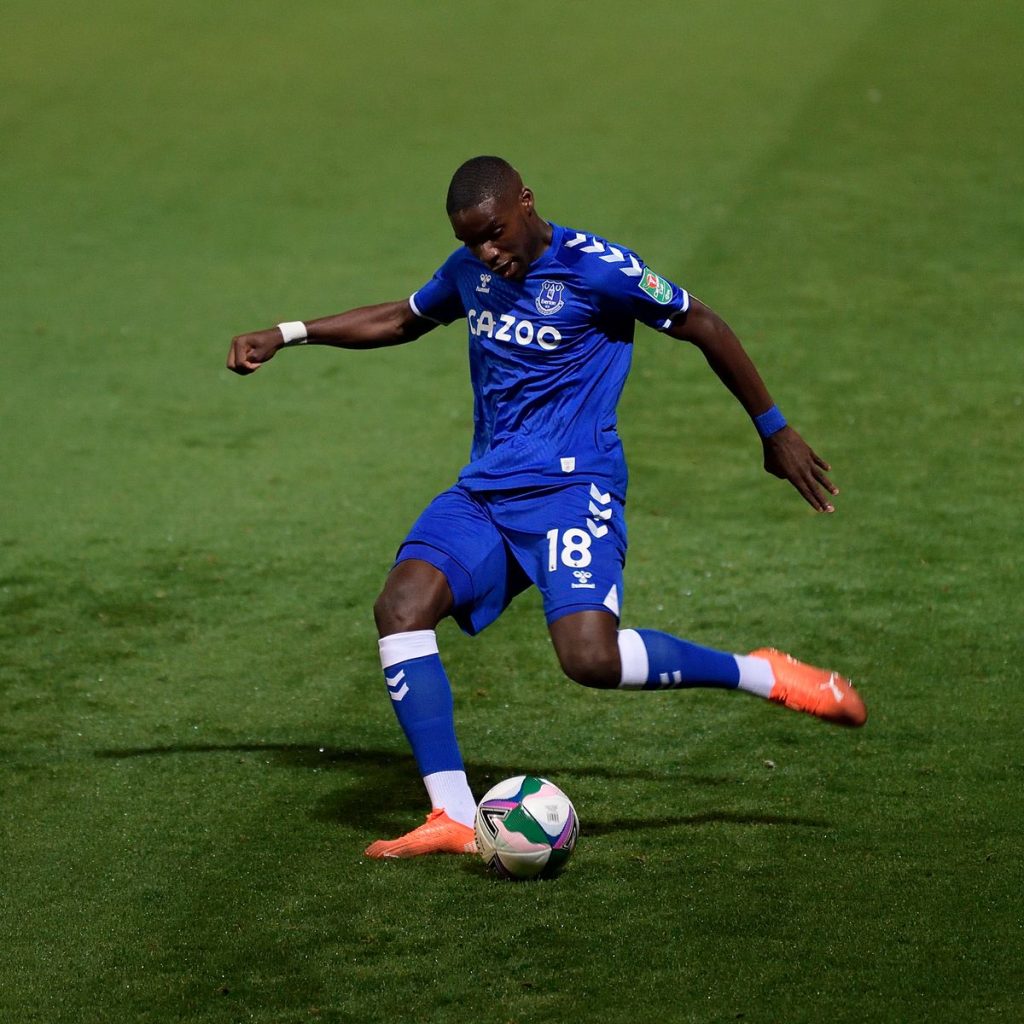 The young left-back was one of his side’s best performers as the Blues eased into the fourth round of the Carabao Cup with a 5-2 win over League One side, Fleetwood Town on Wednesday evening.

Manager Carlo Ancelotti has delivered his verdict on Niels Nkounkou’s impressive display as the Toffees booked themselves a home tie against West Ham in the next round.

Richarlison had given the Blues a two-goal lead before the League One side pulled one back to reduce the gap. Alex Iwobi restored the lead a minute later only for Joey Barton’s side to respond again with a bicycle kick goal from Callum Camps.

A goal each from Bernard and Moise Kean ensured the game sealed the victory for Ancelotti’s side at Highbury Stadium.

After causing the hosts a lot of headache with his ability to attack and create chances for the visiting side, Nkounkou went on to provide the assist for the final goal of the evening with a deft backheel to Moise Kean who put the game to an end in injury time.

Ancelotti was indeed impressed with the 19-year-old Frenchman, who was signed from Marseille’s B team this summer for only £250,000.

Nkounkou was, in fact, initially brought into the club to be primarily involved with the Blues under-23 side, but the young lad is proving to be ready for bigger challenges. But his manager believes he needs one thing to earn a place in the first team.

Ancelotti at the post-match conference said: “He had a good performance, he continued the performance he had against Salford.

“He played with a lot of confidence, he has courage, he has character.

“I’m really pleased for him and also surprised.”