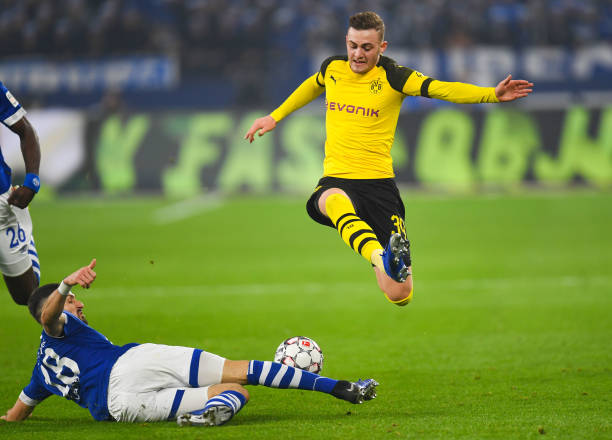 According to The Sun, Arsenal are interested in securing the services of Borussia Dortmund winger Jacob Bruun Larsen this summer.

The 20-year-old is said to have been identified by Gunners’ former head of recruitment Sven Mislintat as a summer transfer target before his departure in February, and manager Unai Emery seems keen to go ahead with a move.

Mislintat brought Larsen to Dortmund when he was their head of scouting, and Arsenal now have to part with around £15 million to have a chance of landing him.

The North Londoners are trying to build a quality squad capable of finishing in top-four and challenging for silverware next term, but they have to do it on a tight budget after failing to qualify for the Champions League last term.

Larsen was one of Dortmund’s best players last term after having a similar breakthrough season like Jadon Sancho.

He played 30 times, 17 of which were starts, and scored thrice.

While his return in front of goal doesn’t particularly catch the eyes, his impressive style of play and huge potential are there for all to see, and it was why he earned his first senior cap for Denmark in March.

Arsenal aren’t the only one keen on the young winger who also showed his class during the European Under-21 Championship.

Manchester United, Liverpool and some continental giants have also been linked with an interest, and winning the race for the talented forward could take a lot of negotiations as Dortmund might not be willing to let such a quality player with a bright future leave.