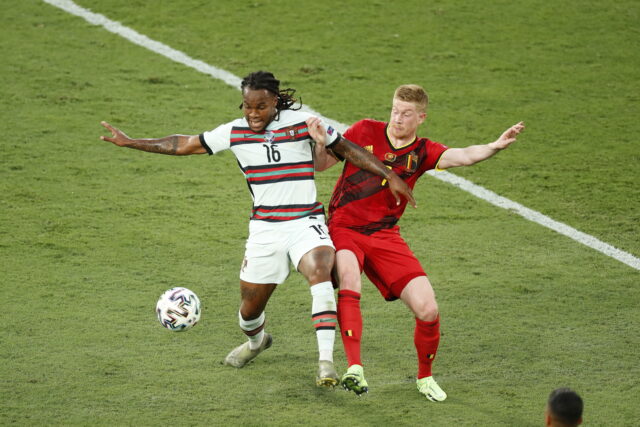 Arsenal are showing keen interest in Renato Sanches this summer, and he would be a masterstroke signing if they can pull off a deal for him.

The Lille midfielder was simply outstanding in the European Championships before Portugal were eliminated in the round of 16 by Belgium.

According to Calciomercato, Serie A giants Juventus are rivalling Arsenal to sign the Portugal midfielder.

The 23-year-old is finally coming of age after a troubled spell at Bayern Munich.

Arsenal finished eighth in the Premier League last season, one of the most disappointing campaigns in the club’s recent history, and Mikel Arteta wants to revamp his squad.

Signing a midfielder is a priority for the Gunners, with Granit Xhaka likely to leave this summer. He is reportedly wanted by Roma.

Sanches has been earmarked as an option for the midfield role, alongside countryman Albert Sambi Lokonga of Anderlecht.

According to 90min, Lille would demand around £26 million for Sanches, which comes as a big surprise considering they paid £21.5m to secure his signature from Bayern in 2019.

Another important factor here will be to convince him to move to north London, considering they cannot offer him European football next season.

However, if Arsenal can manage to secure him for under £30m, it would be a brilliant signing for the Gunners.

He would be a perfect replacement for Xhaka, although Juventus are likely to pose a serious threat here.