There was only one king in Spain last night, and his name is Alessandro Del Piero. Royal ADP. Real Pinturicchio. Two blows from the cannon, two thrusts of the mighty sword, two strokes of that epic paintbrush of his, painting the colours of a magical Spanish night in which Juventus beat Real Madrid on their home turf. That, ladies & gentlemen, had not happened for over 46 years.

And a deserved victory it was too. The Bianconeri suffered in ball possession, but they were more organized, more disciplined, more cynical. Lead by the inspirational magic of their nº10 captain, and under the direction of the tall white-haired man in the dugout. The Santiago Bernabeu stadium must be bringing Claudio Ranieri some luck, because including the seasons he was in command of Valencia and Atletico Madrid, this is the third time the Juve coach was victorious on royal territory. 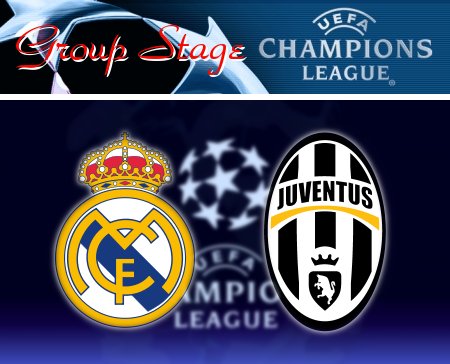 Tactically, we mentioned I don’t know how many times (ad nauseam in fact) the injury problems regarding the Juve roster, but today Real Madrid weren’t exactly in tip-top shape either. Central defender Pepe in particular was out of action, forcing his replacement by Gabriel Heinze and the inclusion of Marcelo in left-back position. In midfield, Gago left his place to Mahamadou Diarra, while a last-minute injury to Arjen Robben forced the Dutch winger off the starting eleven, in favor of Royston Drenthe. On the other end, Ranieri confirmed his announced formation, aka a Del Piero–Amauri striking partnership, Marchionni on the right-wing (Camoranesi still in recovery mode), and Tiago getting his first start in Europe this season.

Much like anticipated, the start of the match was all in favor of Real Madrid, taking the reins of the game and actively pursuing the ball in their offensive half. Juve was cautious, but intelligently so: keeping their backline in full alert mode, closing down the space of their Merengues opponents, and with defense and midfield actively working together to keep Manninger out of harm’s way. Getting close to Casillas’s goal was another matter though, but time was on the Bianconeri’s side.

Patiently waiting till minute 17, Claudio Ranieri’s boys immediately took the lead at their very first incursion into Spanish territory. A stolen ball by Marchionni in midfield eventually reached Del Piero, who after a few steps outside the box (and with Cannavaro passively watching) armed a precise instep left-footer that gave Casillas no chance. 1-0 Juventus in the Bernabeu! 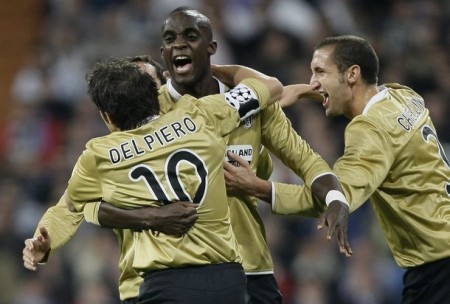 Galvanized by their goal, the Bianconeri’s confidence began growing. It was time for the knock-out blow and goal nº2. Instead, it was Real Madrid that narrowly came close to the equalizer, after a long-range cross from the left wing found a completely unmarked Sergio Ramos on the opposite side, blasting his point-blank effort over Manninger’s crossbar. It was minute 24, and the sign the Blancos were very much alive and kickin’! After yet another few chances by Drenthe (blocked by Mellberg) and Diarra (header wide), the half ended on a 1-0 scoreline that left many Juve supporters satisfied (and many Real Madrid ones wondering what the hell was going on with their team).

In the second period, the Merengues came back onto the field with clearly unfriendly intentions: it was time to get that equalizer. For Juve, this meant sucking it up and digging defensive trenches, keeping the troops ready however for a sudden sortie. And so Raúl on one side and Amauri on the other, both came close to the winning touch, narrowly missing the ball from good inviting crosses, all this leading eventually to the 67th minute and another piece of Del Piero magic.

Stemming from a Sissoko-obtained foul in the 23m-zone, the Juventus captain put his set pieces skills to work once again. This time, helping him was the huge gap left by Iker Casillas inside his own wall, effectively turning ADP’s kick into an open invitation of “please shoot here”. And so he did, rooting the keeper to the spot and signing his second goal of the night. 2-0 Juventus. 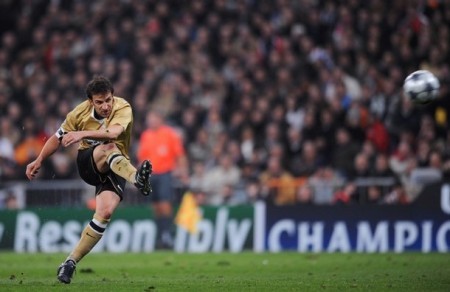 Schuster really tried shuffling his team around at this point, putting Van der Vaart, Saviola, and HiguaÃ­n into the mix. The latter even came close to reducing Juve’s lead in the 85th, putting his shot into the side-netting after a good Drenthe move on the left-wing. Juve and their captain would however have the last word in this match, narrowly coming close from goal nº3 as Del Piero slipped the ball away from Diarra, and then executed a left-footed diagonal which saw the ball comes inches close of the right post.

In stoppage time, Claudio Ranieri gave his golden nº10 the chance to receive the crowd’s praises, as the entire Santiago Bernabéu raised to their feet for a standing ovation to Alessandro Del Piero. A lasting image of Juve’s magical night in Madrid. 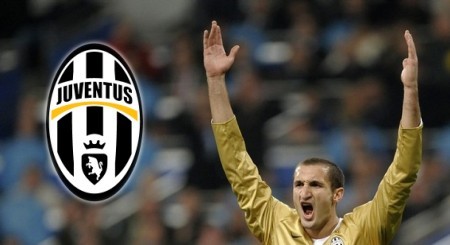